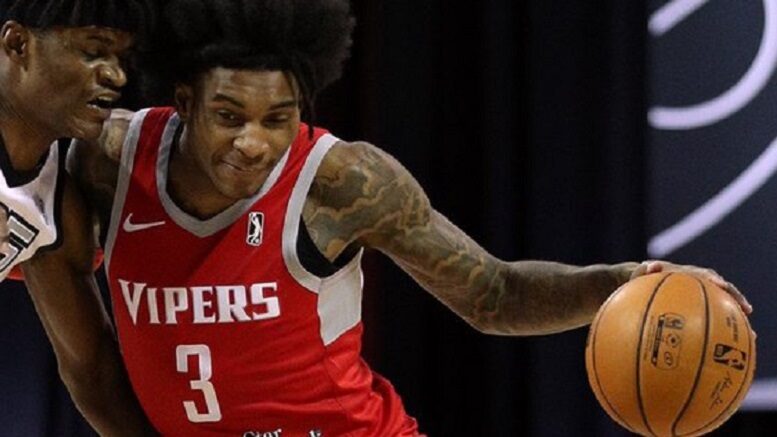 As expected, the Houston Rockets have recalled prized guard Kevin Porter Jr. after his successful run with the Rio Grande Valley Vipers of the G League, per Shams Charania of The Athletic.

Porter is 6-foot-4 and was acquired in a trade with the Cleveland Cavaliers last month. He has yet to play a game for the Rockets — though he did practice with the team before joining the Vipers inside the G League bubble.

He is a shooting guard by nature, but spent some time at point guard with the Vipers.

“He’s moving in the right direction. He’s playing the point, pretty much exclusively, and making plays for himself and for his teammates,” Rockets coach Stephen Silas told reporters. “He’s super skilled. His ball-handling is good. At some point, when he gets back, he’ll be a part of what we’re doing.

“But him getting in shape, and getting game reps and having the success that he’s having down there is important. And it’s important to build on that. It’s very similar (the system) to what we do, so when he gets back, hopefully he’ll be able to fit right in.”

Porter averaged 10.0 points and 3.2 rebounds as a rookie with the Cavs.

The Rockets will soon be counting on Porter to join the veteran backcourt of John Wall, Victor Oladipo and Eric Gordon.

Porter has a major upside but his issues with the Cavs, including a locker-room blowup at general manager Koby Altman, are what the Rockets are looking to eliminate.

“He obviously is very talented, he’s versatile on both ends of the floor. He can do a lot on the basketball court,” Silas said. “We feel like we have the structure in place to let him be successful. … It’s up to us to have honest conversations, back and forth, and develop a relationship. But it’s an exciting thing, to have a young guy who has potential.”