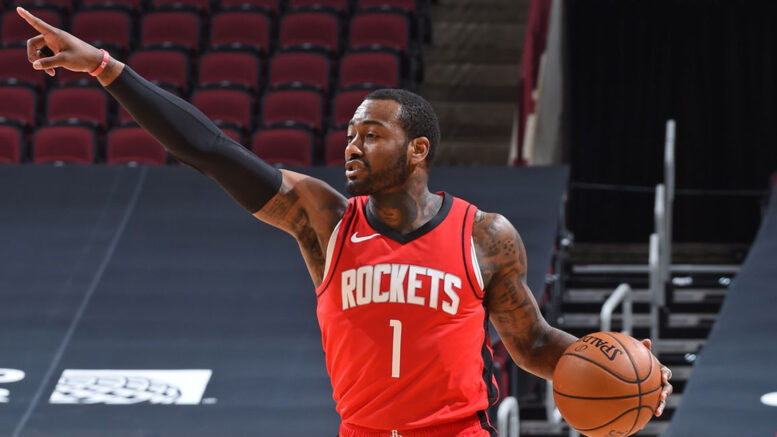 In an offseason filled with an endless amount of trade buzz (particularly from Philadelphia and Portland), rumblings from Houston have certainly gone under the radar.

Last offseason, the team revamped their roster by shopping Russell Westbrook after one season in exchange for then-Wizards point guard John Wall. Wall was set to play alongside James Harden and form a new dynamic backcourt, but things went sideways fast and the Rockets went on to trade their franchise cornerstone early in the 2020-21 season.

Fast forward a year later, and now Wall and the Rockets have mutually agreed to find a new team for him ahead of the 2021-22 season, (according to Shams Charania of The Athletic).

Wall will remain sidelines as the franchise looks to find a trade for the point guard.

It’s going to be interesting to see where the Rockets move Wall, especially with his hefty contract. The veteran guard has two years and $91.7 million remaining on his contract, including a $47.4 million player option for the 2022-23 season.

As of now, there are no plans for a buyout to happen.

In terms of landing spots, it’s tough to find the right fit for Wall but perhaps the Raptors, Timberwolves, and maybe the Pistons can do a little digging in terms of the asking price.

I wouldn’t expect the Blazers to engage in any talks regarding Damian Lillard or the Sixers to talk a trade centered around Ben Simmons because Wall looks like a downgrade from both team’s point guard situations and his contract doesn’t make things anymore appealing.

Be the first to comment on "Rockets, John Wall Eyeing Trade"