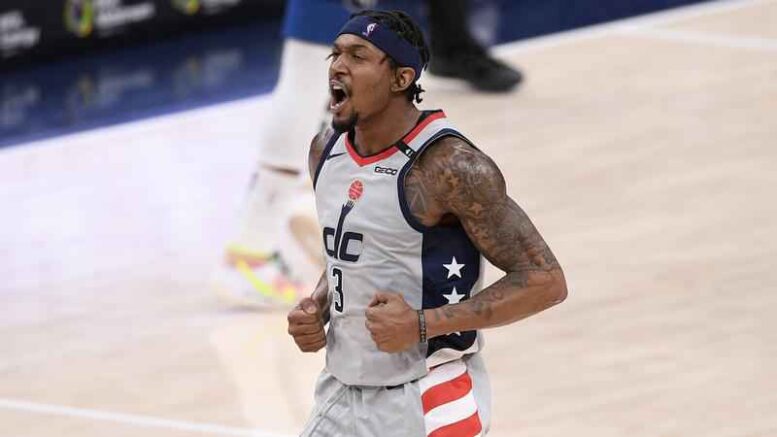 The status of Bradley Beal‘s relationship with the Wizards was a hot topic of discussion throughout the NBA season, and that hype doesn’t appear to be slowing down any time soon.

After averaging 31.3 points per game and making his third career All-Star team, Beal is eligible for another contract extension with the team. Washington is likely to make an offer to him, as reported by NBC Sports’ Chase Hughes:

“The Wizards will be allowed to negotiate a new contract with Beal, and are expected to try, according to a person familiar with their plans. But Beal has several factors to consider and, given the timing, can watch the Wizards’ offseason play out before really thinking about it. The deadline for his extension, though yet to be specified by the league, will be in the fall.”

Trade rumblings surrounding Beal were plentiful over the course of the season, primarily stemming from the Wizards’ lack of team success. Washington eventually managed to somewhat right the ship, finishing with a 34-38 regular season record before losing to the Sixers in the first round of the playoffs.

Beal is currently playing on an extension he signed in 2019. If he agrees to a new one by this fall, he’d be eligible to receive approximately $181.5 million in total. That figure rises to roughly $235M over five seasons if he waits a year, per ESPN’s Bobby Marks. Beal’s contract situation will be a major thing to monitor this offseason.

Be the first to comment on "NBA Rumors: Beal, Spoelstra, Blazers, Kidd, Magic"