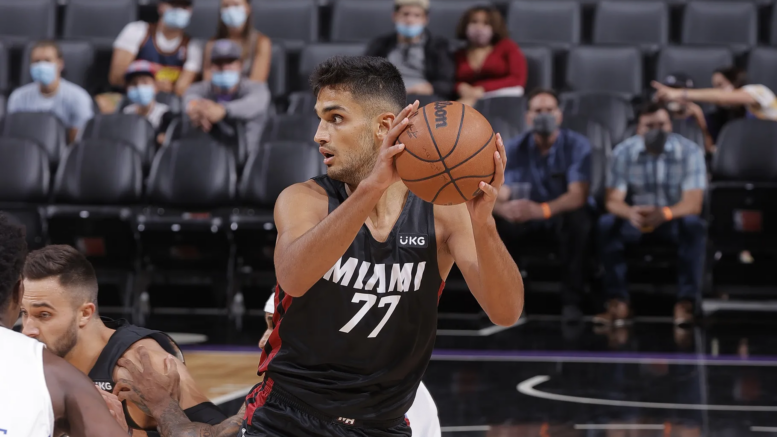 Omer Yurtseven was re-signed by the Heat last month after initially latching on to the squad in May. The 7-foot center went on to average 22.4 points, 11.2 rebounds and 2.4 blocks in five summer league games, which earned him a two-year contract.

“The biggest focus has been on being big inside, and I think that’s the presence that the Heat can use and I can provide,” Yurtseven said. “Being able to do that and guard the pick-and-roll, be the big presence inside and rebounding obviously has been a huge emphasis, as well. Also, with my talent and skill set, being able to stretch the floor, being able to post up and use my touch around the rim and also the midrange and step outside, as well.”

Yurtseven signed with the Thunder as an undrafted free agent last December but has yet to appear in an NBA game.

Be the first to comment on "NBA Notes: Yurtseven, LaVine, Chriss, Jordan, Wizards"