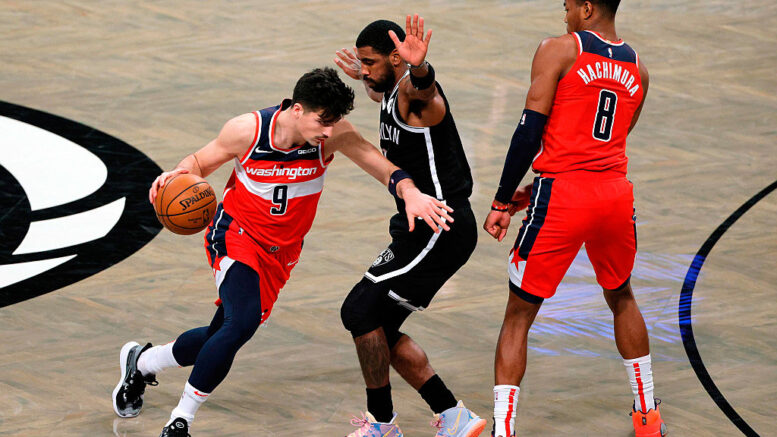 The Wizards are currently loaded with forwards on their roster, and that includes Deni Avdija, who was the ninth pick in the 2020 draft. Wizards GM Tom Sheppard seems to have a plan in mind for the 20-year-old.

“I think Deni, it gives him a little bit more confidence, I believe, if he comes off the bench. In that second unit, he could be a secondary playmaker,” Sheppard said. “He can do a lot more things that he wasn’t able to do in that starting lineup last year. No roles are nailed down. Certainly, if he earns more minutes, he earns more minutes.”

Standing at 6-foot-9, Avdija possesses many traits that could make him a successful point forward in this league with his athleticism and ability to handle the ball as well as facilitate it, especially on the fastbreak.

For Avdija to live up to his full potential in the league, however, he will need to improve his 3-point shooting, as he shot just 31.5 percent from downtown last season.

Be the first to comment on "Wizards Notes: Avdija, Hachimura, Bertans, Beal, Williams"