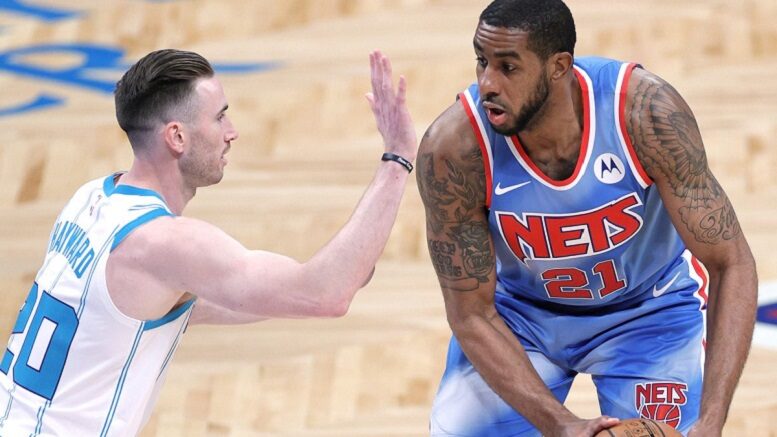 The Brooklyn Nets have had a busy 36 hours with the addition of big man Paul Milsap and now, reuniting with LaMarcus Aldridge following the team’s trade with the Pistons (Brooklyn is sending DeAndre Jordan along with four second-round picks to Detroit).

After retiring with heart concerns five months ago, seven-time All-Star forward LaMarcus Aldridge is returning on a one-year, $2.6 million deal with the Brooklyn Nets, his agent Jeff Schwartz of @excelbasketball tells ESPN.

Aldridge’s return seems surprising as he announced in April that he was retiring from the NBA after experiencing an irregular heartbeat during a game.

In an previous interview with The Athletic’s Shams Charania, the 36-year-old explained why he felt like he needed to step away from the game:

“My first time in 2006, I blacked out on the bench. That’s when we first found out that I had this condition. So what if I’m on the court and a big guy is coming down the lane, my heart is beating funny, and then I black out? He runs into me, and I can hurt my head on the floor. I can be paralyzed. What if I’m going for a dunk and I black out? There’s so many things that can happen in a bad way.”

Aldridge has reportedly been medically cleared to play again, however, after retiring mid-season in 2021.