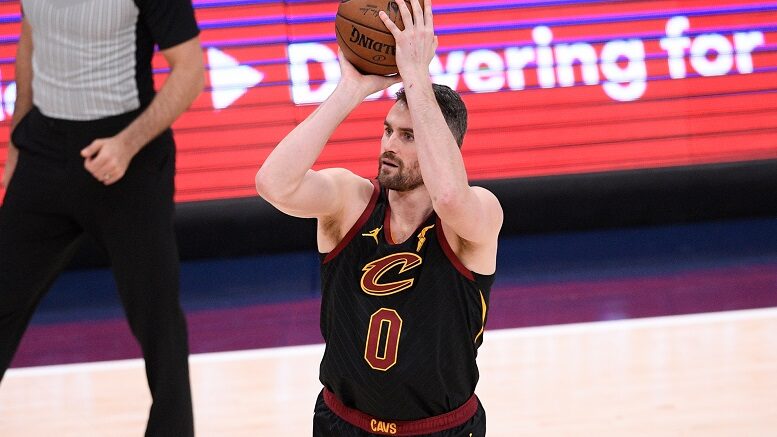 Veteran forward Kevin Love is unhappy with the Cavaliers and perhaps the Rockets could offer him a new place to play, if they’re willing to take the risk, wrote Kelly Iko of The Athletic.

Love, 32, hasn’t been nearly the same since returning from injury, averaging career-lows in points (11.6) and rebounds (7.0) on the season. The former NBA champion is also playing on a team that is finishing the season on a major low note and is headed back to the lottery.

Problem is, Love still has two years and $60 million remaining on his contract. And that is where the Rockets may come in, per Iko.

After all, the Rockets have similar contract issues with point guard John Wall, who still has $90 million left on a two-year deal after the season. Wall, 30, has been a productive player for the Rockets and a true professional, but continues to have issues staying healthy.

The Cavs are desperate to move Love, while the Rockets are expected to at least explore whether Wall is a fit with their younger core of Kevin Porter Jr., Christian Wood and others. Like the Cavs, the reeling Rockets are lottery-bound.

So Iko proposed a hypothetical trade that would send Wall and point guard D.J. Augustin to the Cavs for Love and small forwards Cedi Osman and Taurean Prince.

For the Rockets, this would be a “leap from a burning building to a sinking ship,” Iko wrote.

He added that “splitting Wall’s contract into smaller pieces is probably the only way to eventually get out of this, and Cleveland could be a target given Love’s unhappiness there.”

Granted, this is all imaginary. But considering Love wants out of Cleveland, the Cavs would love to trade him, and Wall’s fit with the Rockets … well, who knows? Maybe something like this could actually be discussed this offseason.