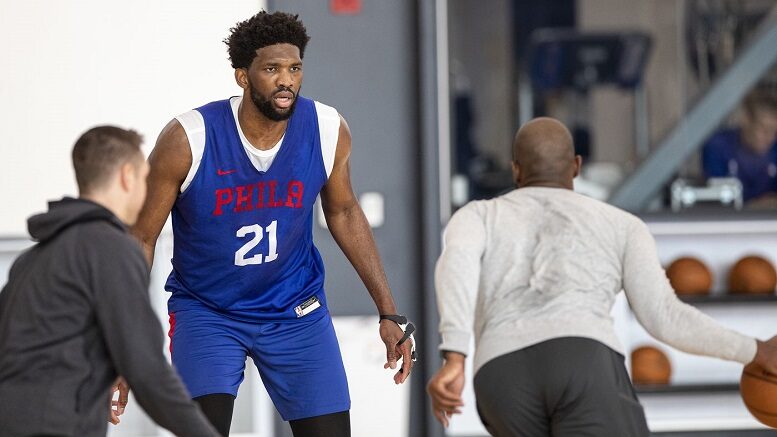 Joe Embiid of the 76ers works on his defense at the team's practice facility.

PHILADELPHIA — Ben Simmons was kicked out of Tuesday’s practice and the Sixers have suspended him for one game for “conduct detrimental to the team.” Simmons’ teammates will be without him for their season opener in New Orleans.

The Sixers have suspended Ben Simmons for one game: "conduct detrimental to the team."

Simmons' next opportunity to play will be Friday night AT HOME vs. the Nets. pic.twitter.com/SYKOrlCDhU

Joel Embiid said he has not spoken with Simmons since the three-time All-Star returned to Philadelphia.

Simmons’ next opportunity to play will be Friday night at home against the Nets.

“I get paid to deliver,” Embiid continued. “the guys here are willing to help me…like I said, I’m not here to babysit.”

Be the first to comment on "Joel Embiid: ‘I’m Not Here to Babysit’"