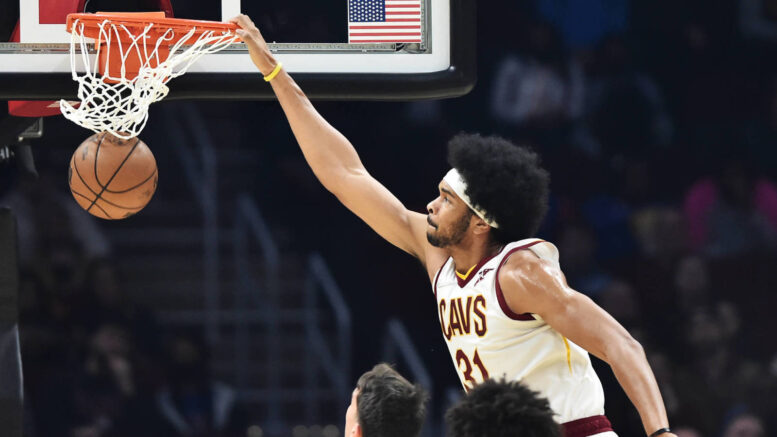 The Cavaliers are currently sitting with a 9-9 record, as a lot of their early-season success has to do with Jarrett Allen.

Initially, many people thought Cleveland would be competing for the first overall pick in the 2021 NBA Draft. With their strong start nearly 20 games into the season, however, Allen and the Cavs have other ideas.

Allen inked a $100 million deal over the offseason, but now on the court, he has other goals he wants to reach in Cleveland.

“My goal, especially I know the coaches wanted me to do it too, anchor this defense,” Allen said. “Be the anchor for this defense. Now I’m competing to anchor this defense, which is excellent with Evan Mobley down there with me. I just want to be able to be down there as someone they can rely on. I’m not a goal-oriented person for myself. I know an (All) Defensive Team would be nice, but I’m just rooting to make my team as best as I can.”

The rim protection both Allen and Mobley provide is a huge reason why the Cavs are currently top 10 in defensive rating in the league.