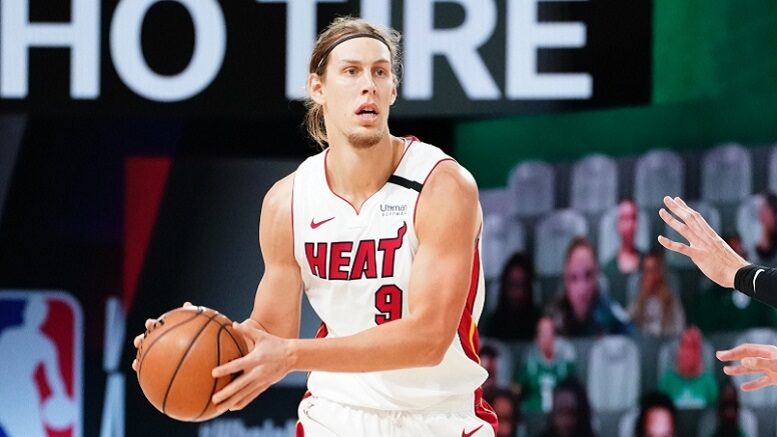 Veteran big man Kelly Olynyk has a player option on his contract and what he decides to do with it may play a role in whether the Miami Heat can make “swing-for-the-fences” trade this offseason, according to Ira Winderman of the South Florida Sun Sentinel.

Olynky’s option for 2020-21 is worth $13.1 million. If he picks it up, the Heat could pair his contract with the $15 million owed to wing Andre Iguodala and bring back a high-priced (and highly productive) player in a trade, if so desired.

“While there are trade kickers that would factor in for both players, and while a trade partner, with the exception of one looking for a salary dump, assuredly would want additional assets, the combined Olynyk and Iguodala salaries would represent a starting point for a large-scale move,” Winderman wrote.

It’s hard to know who the Heat would target in this type of scenario, though the names of Washington Wizards shooting guard Bradley Beal and Cleveland Cavaliers power forward Kevin Love always seem to be near the center of every trade rumor every season.

At any rate, it’s all just speculation at the moment. That said, the idea that Olynyk’s decision on his option will play a role in what the Heat do next is a fact.