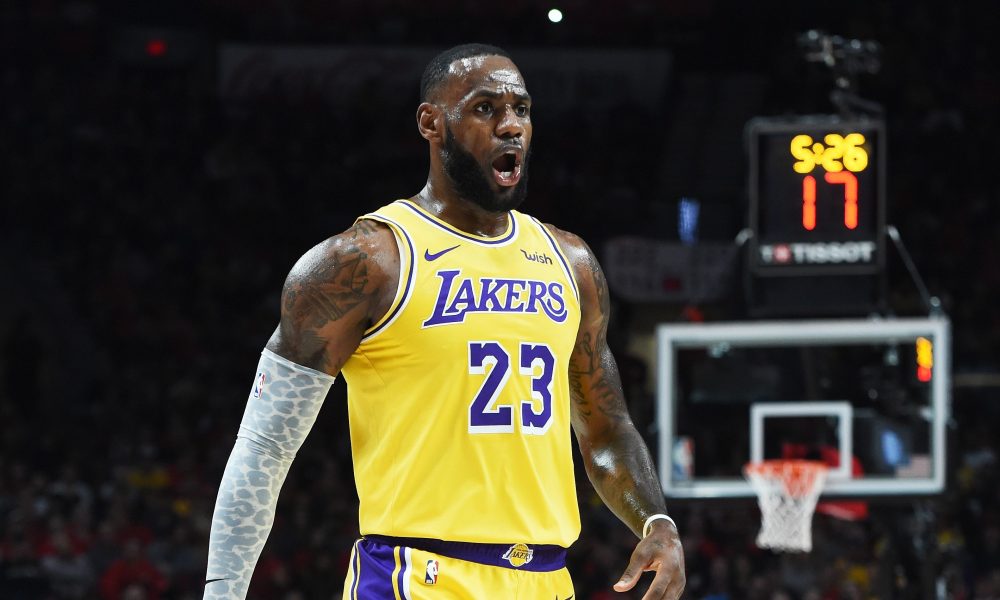 Let’s take a look at some trade candidates and some noteworthy trends in season-long ESPN points leagues as well as some DFS insight for Thursday night.

The LeBron Break Is Coming

It’s remarkable what LeBron James is able to do at his age and his per-game fantasy numbers are as reliable as ever. However, he suffered a left adductor strain and it could be the start of a shaky stretch for LBJ.

James has displayed a pattern of playing through injuries and being strategic with his time off during the regular season. During the 2014-15 season, LBJ took a post-Christmas extended absence (also known as his Ohio State Bowl Game vacay) before spending the next three seasons in Cleveland playing through aches and pains to shake off any narrative that he doesn’t care about the regular season.

His time in Los Angeles paints a different picture.

LeBron has a pattern of pushing through injuries when the situation dictates it, though few signs point toward the situation warranting it this year. The Lakers are off to a woeful start after an offseason of trade rumors and those are unlikely to conclude until, at the earliest, December 15 (the date many offseason acquisitions are eligible to be traded). It’s not hard to envision the Lakers taking a cautious approach with LBJ until some of the trade restrictions around the league are no longer grid-locking paths for their other two pricey veteran stars.

Suppose the Lakers take this route. How many games back will they be in the standings when LeBron finally returns healthy? And there’s the tail-end-of-the-season risk: LBJ has missed significant time during the final month of the season every year since he joined the Lakers with the only exception being the pandemic shortening the season. If the Lakers are where we project them to be in the standings come March, why wouldn’t Rob Pelinka & Co. opt to continue that trend to help ensure that the final two years of LBJ’s contract are more fruitful?

LBJ is still a great fantasy asset in season-long leagues. He’s still in the top 20 of rankings, falling to No. 18. Although, with his recent history and the situational risk in Los Angeles, he’s a major sell-high candidate at this time…even if it appears you could be selling low.