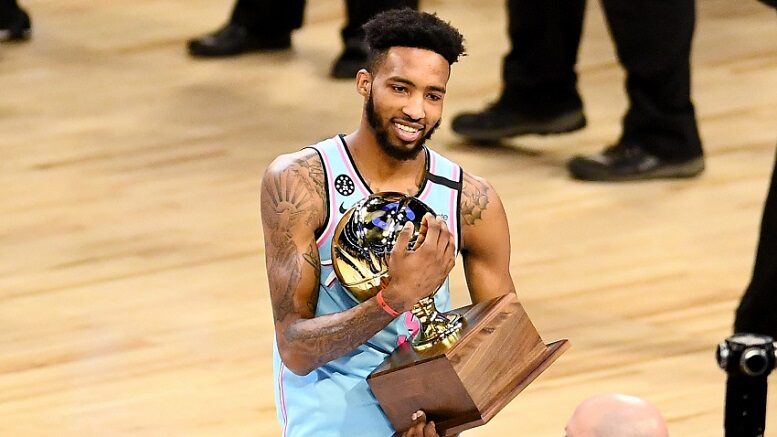 Miami Heat guard/forward and reigning Slam Dunk champion Derrick Jones Jr. will draw his fair share of interest as a free agent this offseason, with the Cleveland Cavaliers, Charlotte Hornets and Atlanta Hawks expected to be some of the most determined suitors, according to Shams Charania of The Athletic.

The Cavs’ interest was first mentioned by The Athletic’s John Hollinger back in June.

“I expect Cleveland to take a long look at Miami’s Derrick Jones Jr., a high-flying 6-6 combo forward who is only 23, but the Cavs will have a lot of company,” Hollinger wrote.

The Heat are also hopeful of bringing back Jones, with the Hornets also said to be strongly interested.“Even with a full MLE offer, I’m not sure the Cavs can win here,” Hollinger wrote.

Jones went undrafted out of UNLV in 2015. He has also spent time with the Phoenix Suns and in the G League.

He averaged 8.5 points in 59 regular-season appearances, but played a very limited role in the Heat’s run to the Finals.

The free agency period is expected to begin in late November or early December.

Be the first to comment on "Cavaliers, Hornets, Hawks to pursue Heat wing Jones Jr."