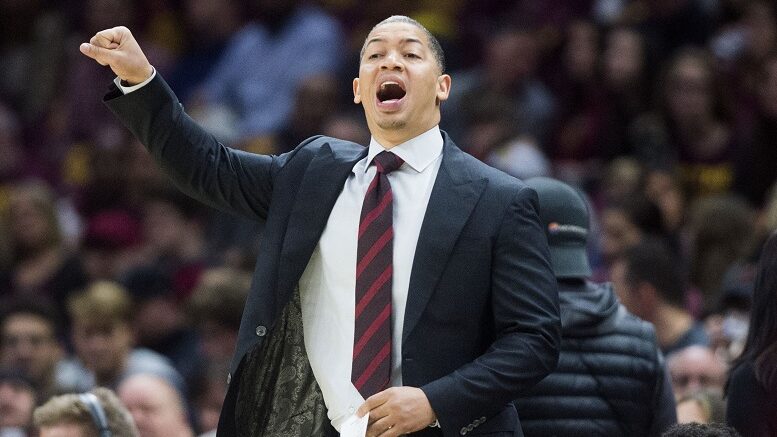 Former Cleveland Cavaliers coach Tyronn Lue has agreed to a five-year contract to become the next coach of the Los Angeles Clippers, according to Adrian Wojnarowski of ESPN.

Lue spent last season as an assistant under Doc Rivers, who was let go shortly after a disappointing playoff finish in which the Clippers blew a 3-1 series lead to the Denver Nuggets.

Lue guided LeBron James, Kyrie Irving and the Cleveland Cavaliers to the championship in 2016 in his first half-season as a head coach. The Cavs reached the Finals two straight times after that, before James left and Lue was fired after an 0-6 start to the 2018-19 season.

Lue was also a candidate for the Philadelphia 76ers vacancy (that eventually went to Rivers), and reportedly interviewed with the Houston Rockets earlier this week.

He finished 128-83 in his career with the Cavs and will now be charged with trying to get the most out of a team led by star forward Kawhi Leonard and Paul George. Both are entering the final years of their contracts.

Per Wojnarowski, Lue had “significant support” among the players in the coaching search.

“The Clippers’ search landed on Lue based upon a confidence that his championship pedigree and playoff successes as a head coach in Cleveland, as well as his strong ability to communicate with players, will resonate within a franchise that underachieved in the 2019-2020 season,” Wojnarowski wrote.

Marc Stein of the New York Times reported that Lue was the favorite to replace Rivers back on Oct. 1.