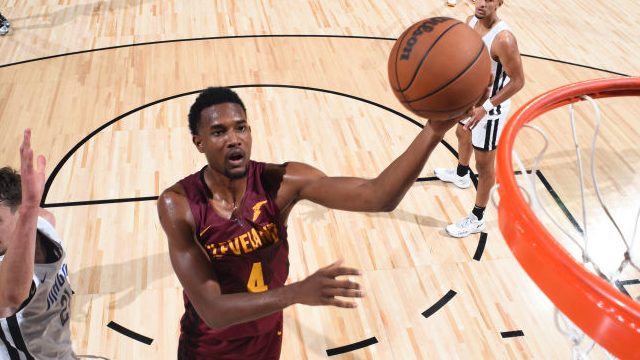 The Cavaliers selected Evan Mobley with the third overall pick in this year’s draft, and with that comes sky-high expectations.

Cavs coach J.B. Bickerstaff already sees Mobley’s potential on the defensive side of the ball, which may be a learning curve for some rookies.

“I don’t want to oversell it, but his defensive instincts are extremely unique,” Bickerstaff said (h/t Terry Pluto of cleveland.com). “His understanding of where to be (defensively) is phenomenal. … He has been well-coached by his father.

He uses intelligence to put himself a step ahead. And then he uses his length to make shot-altering deflections, cover ground … because he’s able to see two steps ahead. He is so bright. His defensive instincts are extremely unique for a player his age and experience level.”

In due time, Mobley and Jarrett Allen could form a nice one-two punch in Cleveland’s frontcourt.

Be the first to comment on "Cavaliers Rumors: Mobley, Sexton, Markkanen, Love, Future"