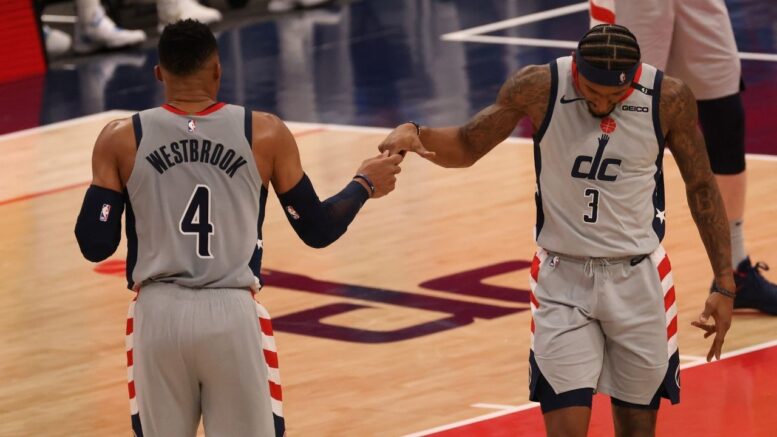 The Wizards formally announced Wes Unseld Jr. as the their new head coach on Monday and the former Nuggets assistant spoke about how his vision for growth as a franchise aligns with that of Russell Westbrook and Bradley Beal.

“I felt like I was talking to the same person, and I say that because the message was clear: They want to be coached, they are looking for the accountability,” Unseld Jr. told FortyEightMinutes.com and other media via zoom.

Adds that he expects to meet with more of the team today and in the coming days.@FortyEightMins || #DCAboveAll pic.twitter.com/rFSLzAzkiJ

“… I think they both know offense is not the issue right now [for the Wizards]. There is buy-in right now. We’ll see as we get into training camp and the preseason, there has to be carryover. [But] there is an alignment there in thought. We are all on the same page as to what is going to be required of them. The best part about that is both of them, as leaders of this team, are committed to being better on that end.”

Washington’s defense got better as the 2020-21 season progressed, though it was still the team’s Achilles heel. GM Tommy Sheppard expressed confidence that Unseld Jr. is the right guy to turn things around on that end of the floor.

“The one thing that has always stood out with Wes is his intelligence about the game, where the game is headed, the modern NBA, and certainly his proficiency on the defensive side of the ball, which is an area which we absolutely must address immediately,” Sheppard said. “I think that is something he will deliver on.”

Unseld Jr. has a great relationship with many players around the league, something that impressed the Wizards as they

“He worked with Steph Curry and Klay Thompson when they were young,” Sheppard said. “With [Nikola] Vucevic, Tobias Harris and [Victor] Oladipo in Orlando, and you look at the MVP season that Jokic had and Jokic was begging him not to leave Denver. Jamal Murray, all the different players that he touched there … when players call you to tell you that you should hire this guy unsolicited, that is pretty impressive to me.”

Be the first to comment on "Unseld Jr. on Beal, Westbrook: ‘They Want to be Coached’"