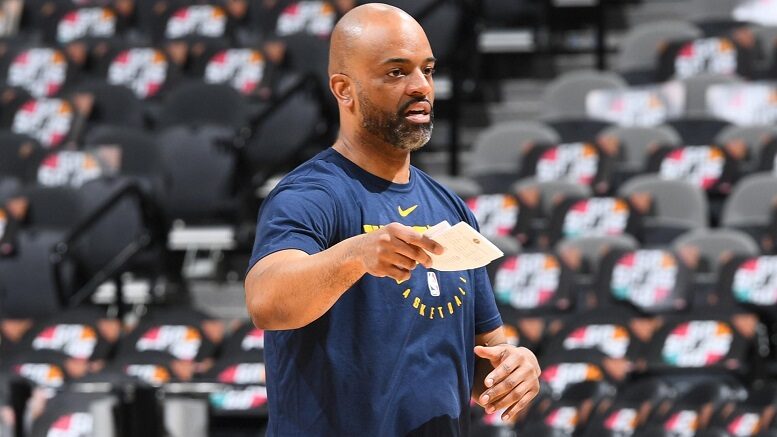 The Wizards are the only team in the NBA without a head coach and they are narrowing down the field of candidates as they make their selection.

Nuggets assistant Wes Unseld Jr. and Bucks assistant Darvin Ham have emerged as frontrunners in the team’s search, according to Adrian Wojnarowski of ESPN. Charles Lee, who is also on Mike Budenholzer’s staff in Milwaukee, remains in the mix as well.

Those three names have consistently been at the forefront of the coaching search, though there was always a chance that a darkhorse candidate would emerge. Former Mavericks assistant coach Jamahl Mosley was also in the running before he took the Magic’s head coaching position.

The Wizards vowed patience as it conducted its search with GM Tommy Sheppard declining to commit to a timeline as to when a new coach would be hired. Sheppard explained that patience is a “competitive advantage” when speaking to FortyEightMinutes and other media last month.

“Patience is a competitive advantage.”

Added that coach of the Wizards is the hardest job within the organization. @FortyEightMins | #DCAboveAll pic.twitter.com/4IIK5lsGjA

The team has a brief history of taking its time with non-roster decisions. After moving on from Ernie Grunfeld in 2019, the franchise waited more than three months after the season to appoint Sheppard as the full-time GM. Still, with the draft approaching later this month (July 29), it would be hard to envision the team not making a move sooner.

Unseld Jr is the son of the late Wes Unseld, who is a legend with the franchise. The elder Unseld won a championship as a player, before going on to serve the organization in separate stints as coach and general manager. Unseld Jr. was an assistant with the Wizards from 2005-11 and has assistant coaching experience with the Magic in addition to the Nuggets and Wiz.

Ham, who played in the NBA for eight years and won a championship with the Pistons in 2004, has assisted Budenholzer for the entire three seasons with the Bucks, and five years before that with the Hawks. He’s also been an assistant with the Lakers and spent the 2010-11 season as head coach of the New Mexico Thunderbirds of the G League.

Lee has been an assistant under Budenholzer since 2014, also coming to Milwaukee from Atlanta. Like Budenholzer, Lee has been with the Bucks since 2018. He has never been a head coach.

Be the first to comment on "Latest on Wizards’ Coaching Search"