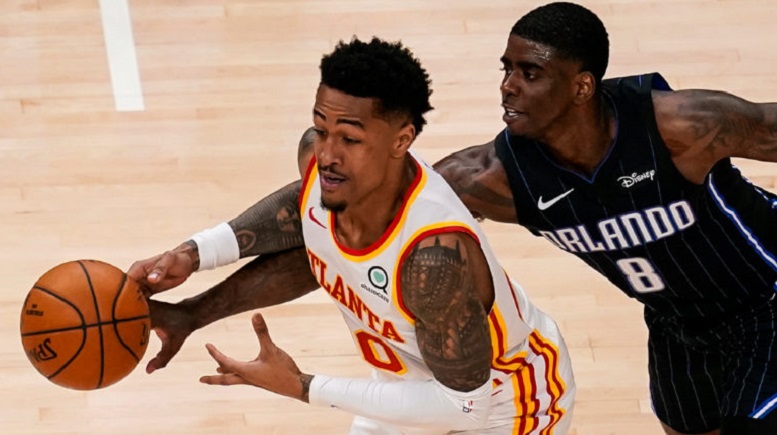 Hawks forward John Collins battles for the ball vs. the Magic. - USA Today

The Mavericks and Heat are among the teams with interest in Hawks forward John Collins, per Shams Charania of The Athletic. The Spurs and Timberwolves are also eyeing Collins, believing that he could be “attainable” in free agency.

While Collins and the Hawks are coming off an impressive run to the Eastern Conference Finals, there’s a feeling around the league Atlanta’s roster will look slightly different next season. Bringing Collins back on the type of contract he’s expected to garner in restricted free agency would clog the team’s salary cap, which could leave an opening for another organization to swoop in and ink the big man.

“It’s complicated, of course, because what we’re trying to convince people is we’re building something, but let’s not kid ourselves, our job is to run a good business,” Hawks owner Tony Ressler said.

“What we are trying to achieve is literally keeping our best players, as you could imagine, trying to make clear that we’re going to have to spend a lot more than we have this season. We fully expect that.

Be the first to comment on "Spurs, Heat Among Teams Eyeing John Collins"