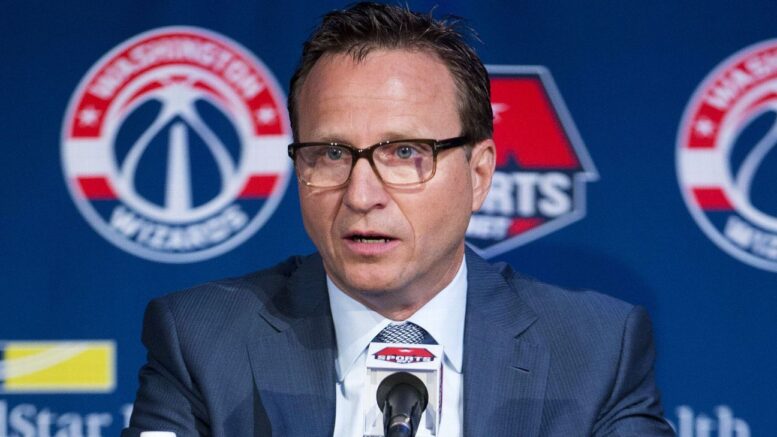 WASHINGTON — Scott Brooks is without a contract with the Wizards, though the coach previously indicated that he’d like to be back in Washington.

“I love it here,” Brooks previously told FortyEightMinutes and other media in Washington earlier this month. “There’s no decision in my mind, I love it here.”

It appears Brooks may get his wish. The front office is leaning toward keeping him as their coach, according to NBA journalist Quinton Mayo. However, it comes with a caveat: that he bring in a new set of assistant coaches.

After the Wizards’ final game of the season, Russell Westbrook indicated that he wanted to see Scott Brooks back next year.

“If it was up to me, Scotty wouldn’t be going anywhere. It’s not even a question or a conversation to even be brought up,” Westbrook told FortyEightMinutes and other media in Washington.

Mayo adds that the front office doesn’t want to “upset” Westbrook, whom they traded for prior to the 2020-21 season. The former MVP met with the front office since the season ended, presumably telling them what he told the media in Philadelphia earlier this month.

The Wizards want to elevate from a team that just squeaked into the playoffs to a true contender and Westbrook will be a part of that process, as FortyEightMinutes reported last week. Bradley Beal and Rui Hachimura, along with Westbrook, are considered the nucleus of the team moving forward.

Be the first to comment on "Wizards likely to retain coach Scott Brooks?"