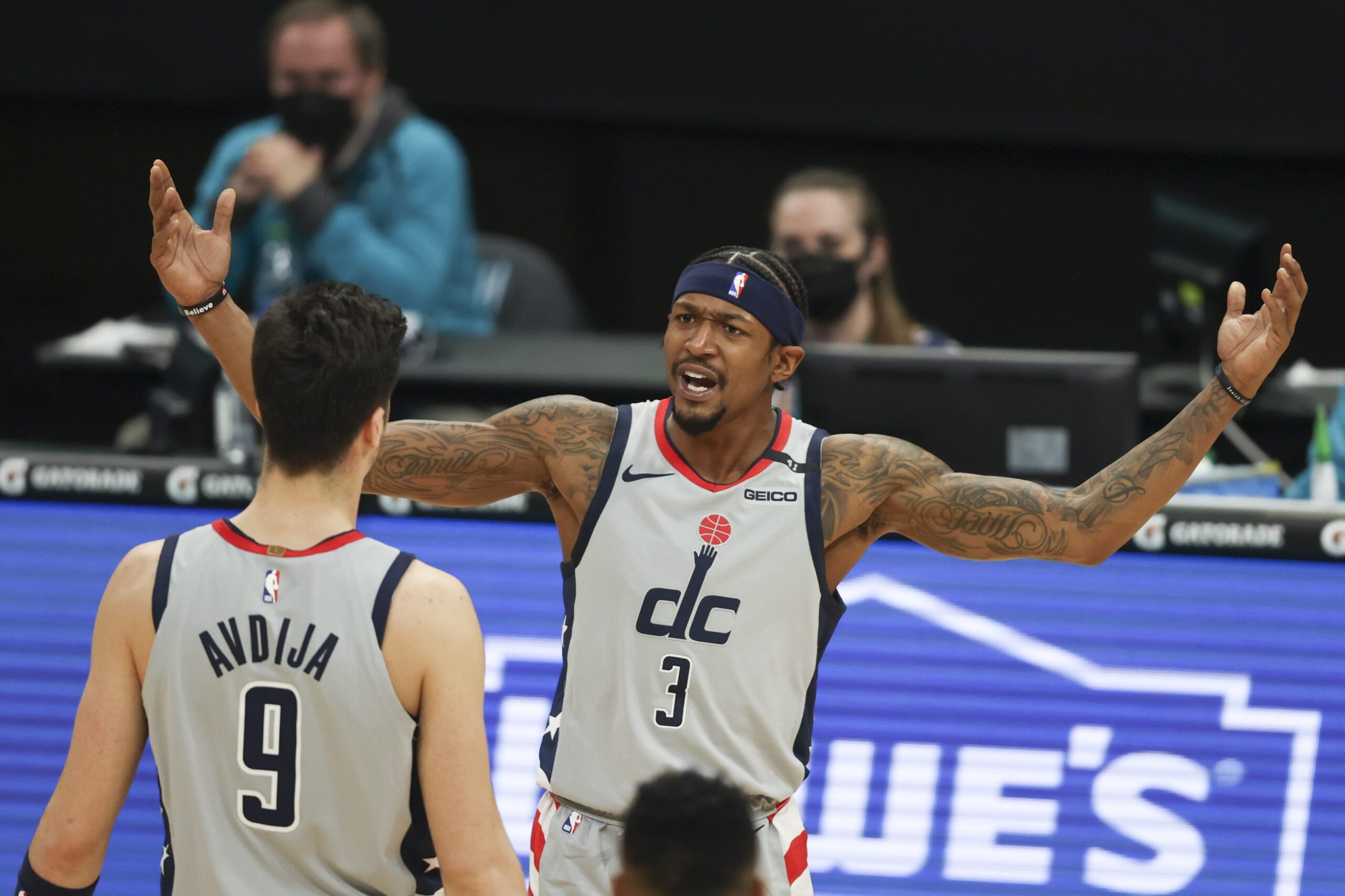 Bradley Beal is expected to return to the lineup vs. the Knicks on Wednesday night following a five-game absence because of his hamstring injury.

The Wizards have gone 1-4 during Beal’s latest stretch of missed games.

Can Wizards Turn Season Around?

As we previously detailed, injuries are again defining the Wizards’ season.

Expectations in Washington entering the year varied but Beal’s inability to stay on the floor this season has been disappointing regardless of how well you presumed the team would do.

Despite uproar about his $250 million offseason contract signing, there were reasons to be optimistic about the shooting guard taking yet another step forward as the star of this club. The roster around Beal finally felt like it was catered to him with Sheppard making a series of calculated moves over the past 2.5 years to shift from the John Wall era to a team that would allow Beal to be the engine in a high-octane offense ala James Harden during his Rockets tenure.

Beal, however, has missed 20 of the first 44 games this year and the Wizards have sputtered without their offensive engine. Washington is 18-26 on the season at the time of this writing and they’ve gone 8-14 without Beal in the lineup, including a pair of games where he left early because of injury.

Oddsmakers at FanDuel currently have the Wizards’ in-season over/under at 34.5 wins. That total falls short of what it took to make the play-in tournament last season—the first year with the tournament following a traditional 82-game schedule (the Hornets were the 10th seed at 43 wins).

Washington has some ground to make up. Turning it around this season could come down to how fast Beal re-calibrates into a sorcerer in the Wizards’ lineup; it could also come down to how the front office navigates the trade deadline (the Wizards have nine games remaining before February 9).

The Washington Wizards have now won four straight games. Their latest victory came against the Orlando Magic in Orlando at...