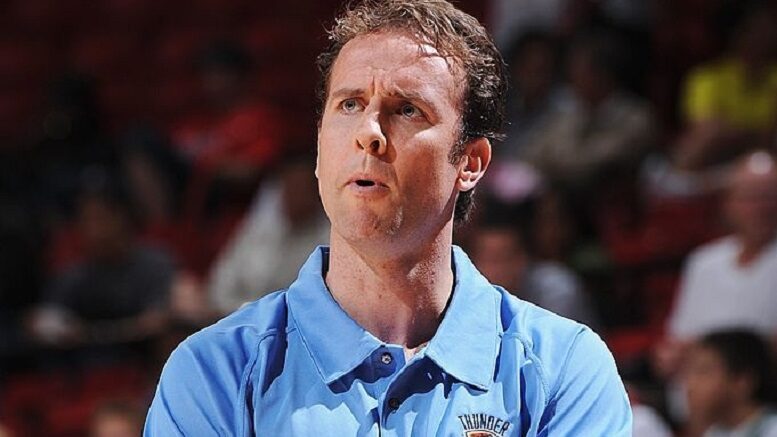 Thunder assistant Brian Keefe paces the sideline during a summer-league game vs. the Spurs.

Oklahoma City Thunder assistant Brian Keefe is among the candidates for the organization’s head coaching vacancy, according to Shams Charania of The Athletic.

Keefe was an assistant with the Los Angeles Lakers from 2016-19 before joining Billy Donovan‘s staff with the Thunder last season. Donovan and the Thunder parted ways after the season and he has since been hired as coach of the Chicago Bulls.

Keefe’s NBA career began as a video coordinator with the San Antonio Spurs in 2007. He was viewed as the Thunder’s “defensive coordinator” under Donovan and before that with the Lakers and Knicks.

As reported by Amico Hoops earlier this week, Spurs assistant Will Hardy is also among the candidates for the Thunder job, Charania noted.