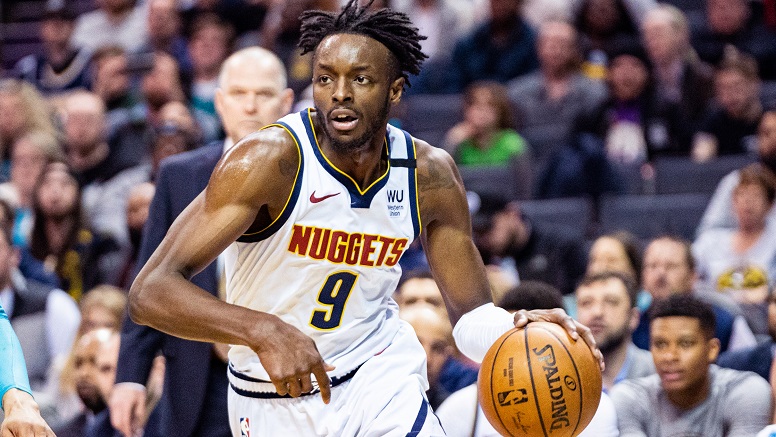 Nuggets forward Jerami Grant drives to the basket against the Hornets.

Denver Nuggets forward Jerami Grant intends to opt out of his contract but is hoping to return to the organization, according to Mike Singer of The Denver Post.

Singer first reported Grant’s intention to enter free agency, with Shams Charania of The Athletic following with a report stating the same.

While the Nuggets and Grant seem to share a mutual interest in a reunion, he is also said to be on the radar of the Detroit Pistons, Dallas Mavericks, Atlanta Hawks and Phoenix Suns.

His contract option for next season is worth around $9.3 million, Singer noted.

“I’m definitely looking forward to it,” Grant told reporters when asked about the offseason. “We’ll see how it goes.”

Grant drew praise from Nuggets coach Michael Malone and teammates after a strong performance in the Western Conference Finals. The Nuggets were eliminated by the Los Angeles Lakers in five games.

Grant averaged 21.0 points and 4.7 rebounds in the final three games of the series. A source told Singer that Grant could command between $14 million and $16 million per season on the open market.

Both forward Paul Millsap and center Miles Plumlee are due to become unrestricted free agents this offseason, which would shed $44 million off the Nuggets’ salary cap.

Reiterating: If the Nuggets are aggressive in retaining Jerami Grant, he should remain in DEN. They've said, publicly, many times they want to keep him.

I don't think an extra 1M from DET does anything for him.

Be the first to comment on "Grant to draw free agency interest, but hopeful of Nuggets return"