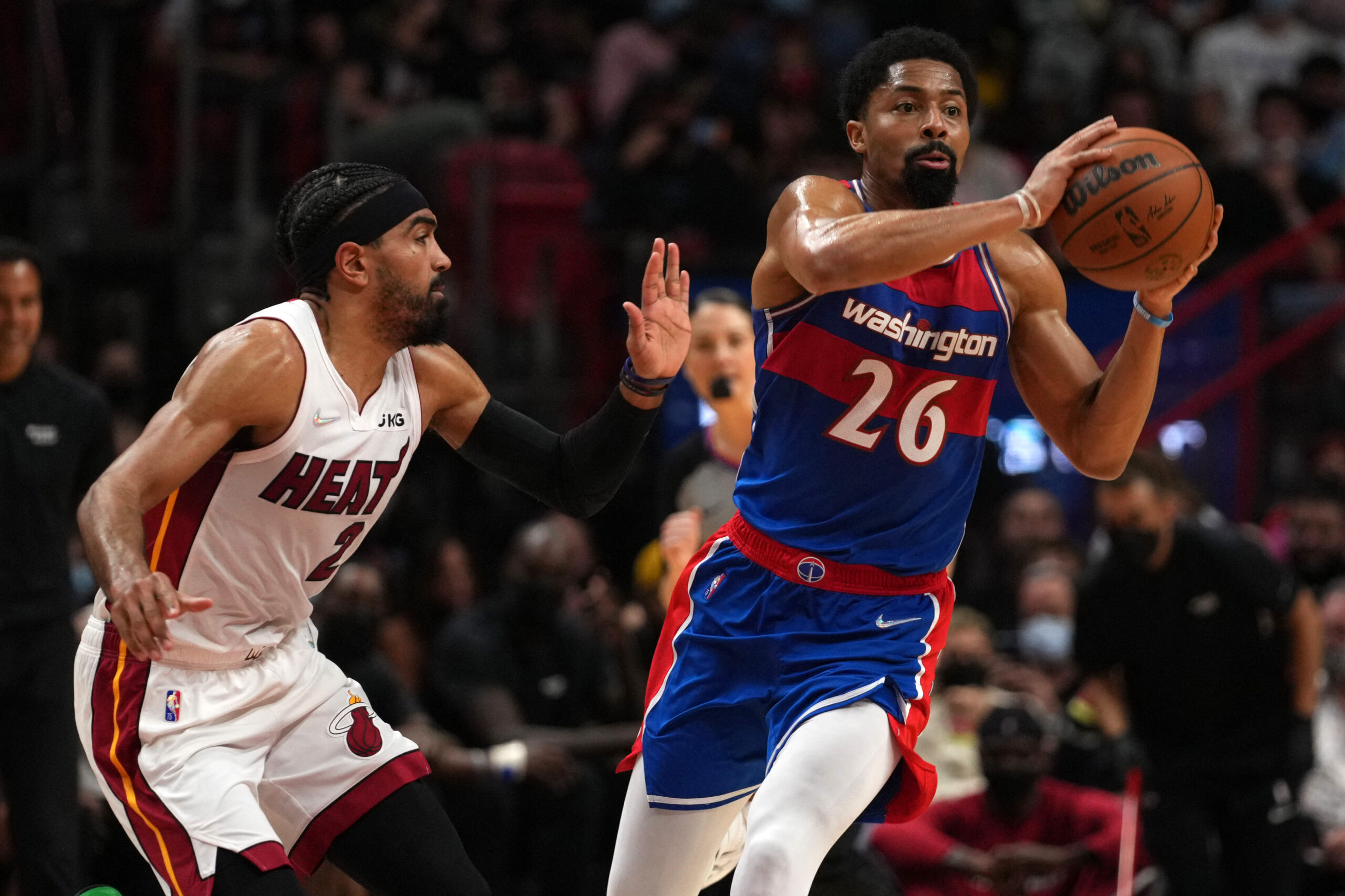 Spencer Dinwiddie sits down with FortyEightMinutes to discuss a variety of sports business topics as well as some items from around the game.

Wizards point guard Spencer Dinwiddie sat down with Chris W. Crouse of FortyEightMinutes.com to discuss a variety of topics, including how cryptocurrency can become even more mainstream and whether the currency will be taught in school curriculums. He also sheds light on the risks of mixing entrepreneurship with teammates.

“Guys don’t usually go to teammates because you don’t want to mix those business verticals,” Dinwiddie explained when asked whether he gets pitched business ideas from teammates, adding that enough people come to NBA players with ideas and opportunity that there isn’t really a need to do so.

The entrepreneur also discussed more light-hearted topics, such as whether the Wizards should adopt Harry Potter as their mascot and whether one of Kanye West’s songs is in need of a remix in light of cryptocurrency’s emergence.

Check out the full video below:

Dinwiddie has involved himself with a variety of business ventures—including his app Calaxy—each with a focus on the long-term.

The 28-year-old comes from a family with business ties. His mother, Stephanie, took an untraditional path after obtaining her PhD. from USC, owning and operating a pre-school in California. Dinwiddie’s father, Malcolm, worked as a real estate agent, and the business lessons that the elder Dinwiddie learned have guided Spencer off the court; the value of having patience being chief among them.

Dinwiddie remains as busy off the court as he is on it on and the point guard has become the latest athlete to join the podcasting world.

“New Money with Spencer & Solo” explores what it means to be part of the new “creator economy.”

New Money explores what it means to be part of the new “creator economy.” In New Money, we hear from pro athletes, celebrities and social media influencers who are on the cutting edge of interacting directly with fans and developing new ways to generate revenue from their own celebrity. Episode guests include Matt James (The Bachelor), R&B singer Mario, Foye Oluokun (Atlanta Falcons), Renee Montgomery (Atlanta Dream) and social media influencers and personalities with a cumulative following of 30M+.