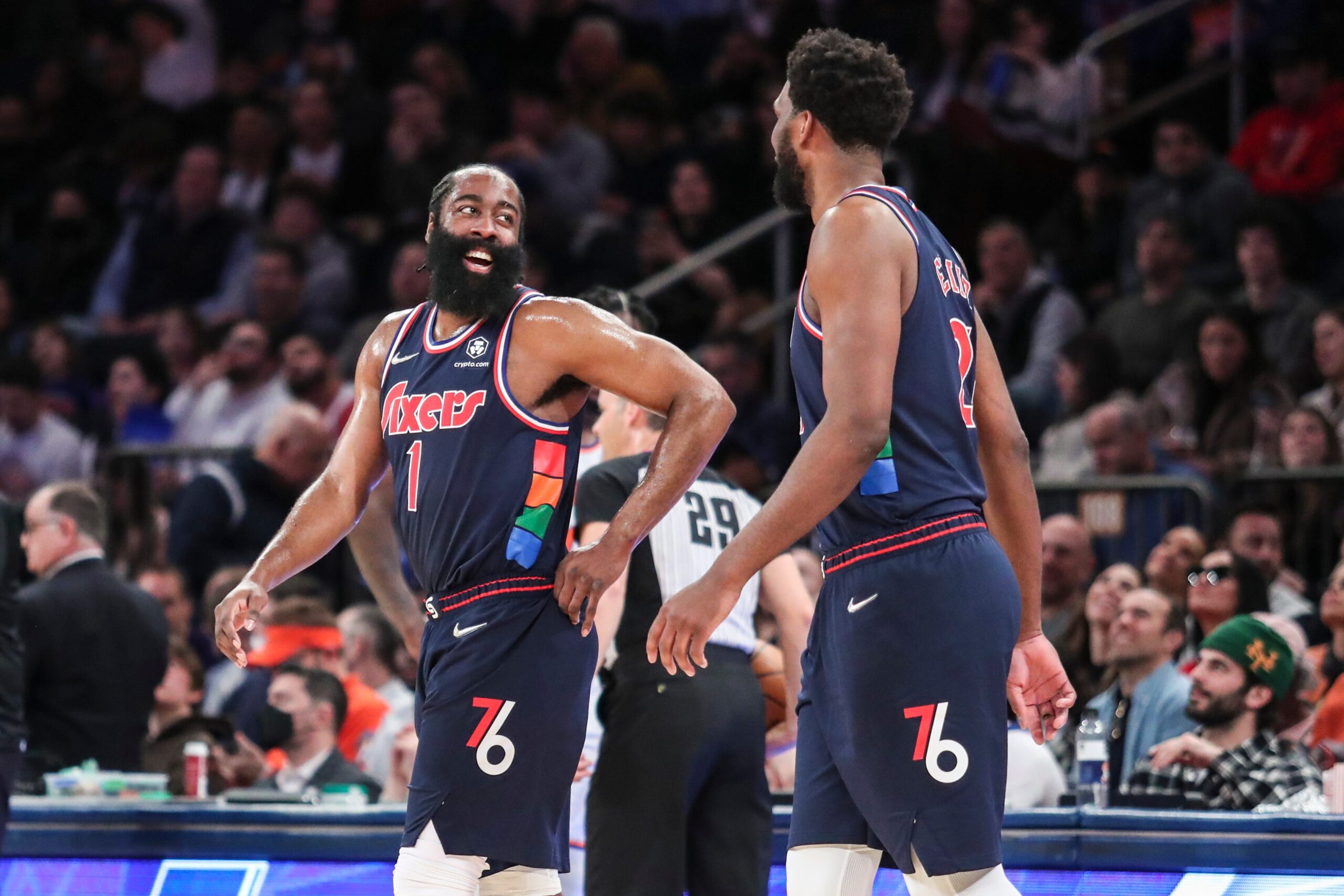 Joel Embiid is missing his fourth straight game on Sunday with a mid-foot sprain and the contest will mark James Harden‘s 10th straight missed contest as he deals with a right foot tendon strain.

It’s unclear exactly when either star will return to the court, though coach Doc Rivers was asked about it this weekend.

“I know they’re both on the floor at the practice facility doing work, but there’s no update as far as a return or anything like that,” Rivers told Ky Carlin of USA Today.

Philadelphia is also without Tyrese Maxey, who suffered a fracture in his left foot earlier this month.