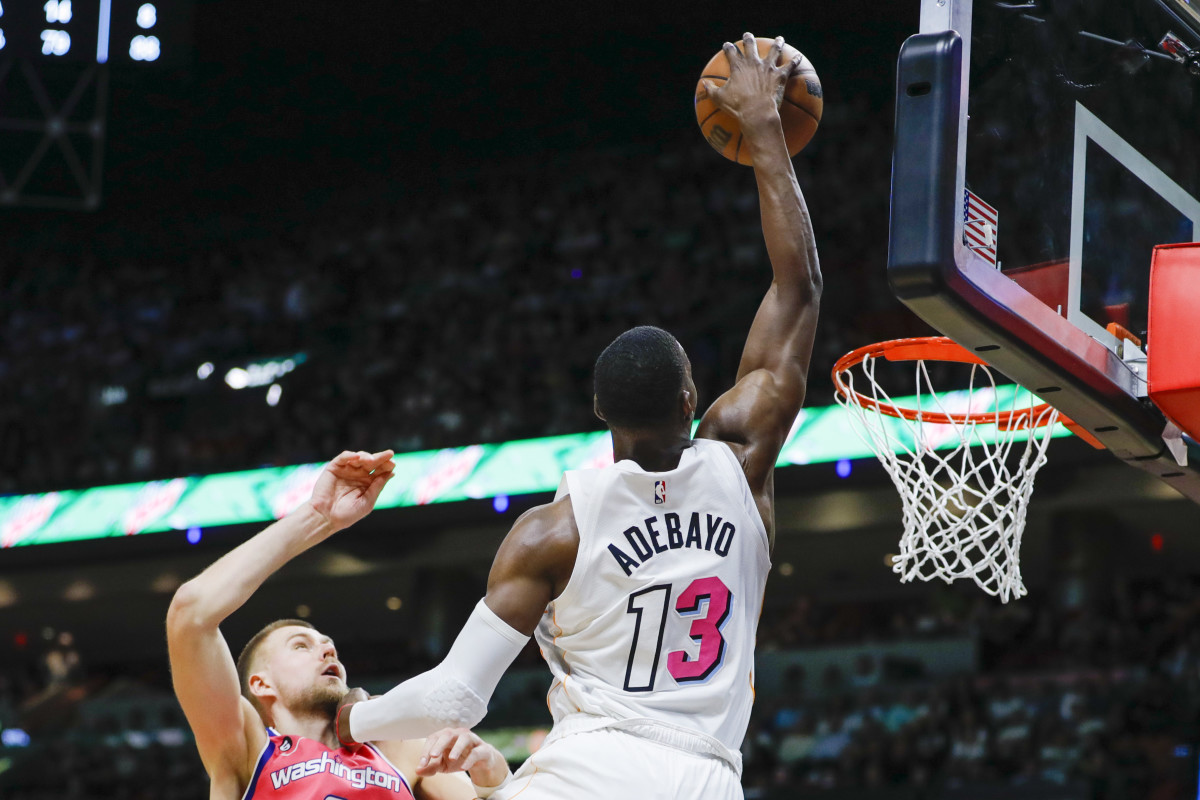 The Miami Heat faced the Washington Wizards for the second time in three days. The Heat defeated the Wizards 110-107 to improve to 9-11 overall on the season. The Heat are now 4-3 in games decided by three points or less this season. This has been a consistent trend over the past few weeks for the Heat. Erik Spoelstra spoke on this postgame.

“That’s what’s happened really for, it seems like several weeks,” Spoelstra said. “It just feels like every single one of these games is going down to the last possession.”

We got to witness a Bam masterclass last night 💥 pic.twitter.com/XF98C7BHuO

Bam Adebayo led the way for the Miami Heat. Adebayo scored 38 points on 15-for-22 shooting from the field. Adebayo came up big from the free throw going 8-for-8. Adebayo also grabbed 12 rebounds and dished out three assists.

Is it too early to name @Bam1of1 an #NBAAllStar? 🤔 pic.twitter.com/oBDPOXs6zN

🔒 @Calebmartin14 clamped up to seal our 5th straight home W

20 piece w/ a side of clamps 😤 another standout game from Caleb pic.twitter.com/gvY5ZqWA3X

The Miami Heat will travel to Atlanta, Georgia to face the Atlanta Hawks on Sunday, 11/27. Tip-off from the State Farm Arena in Downtown Atlanta will be at 5 pm Eastern.