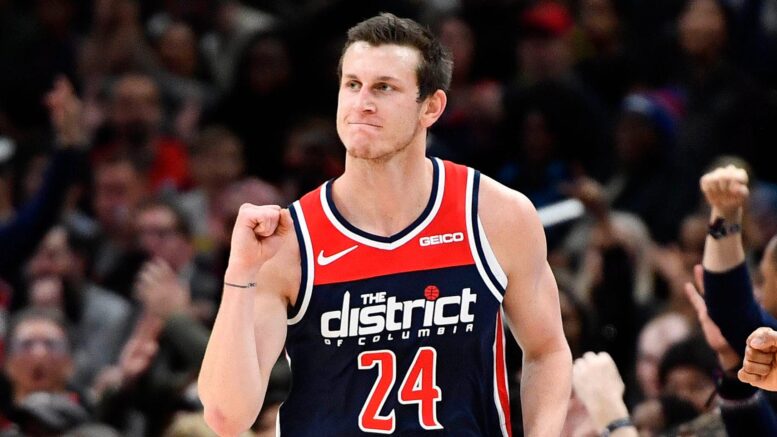 Teams around the league are trimming down their rosters ahead of the regular season beginning.

Let’s get you caught up some of the notable moves from a busy day of NBA transactions:

The Rockets have waived Dante Exum, according to ESPN’s Adrian Wojnarowski. Exum re-signed with Houston this offseason on an incentive-heavy deal worth as much as $15 million.

The Celtics have let Garrison Mathews walk after the former Wizard joined them for training camp (via Adam Himmelsbach of The Boston Globe).  Theo Pinson, Luke Kornet, and Chris Clemons have all also been waived (via Jared Weiss of The Athletic). All four players were on guaranteed deals.

The Grizzlies have waived Kris Dunn, per Woj. The move means that Sam Merrill and Jarrett Culver have each made the team’s 15-man roster.

Former top-10 pick Dennis Smith Jr. has made the Blazers’ roster. Veterans Quinn Cook, Marquese Chriss, and Patrick Patterson did not, as the team announced that the trio has been waived.

The Timberwolves have waived Vince Edwards, as Brandon ‘Scoop B’ Robinson of Bally Sports relays. Minnesota had just signed the forward to a contract on Friday in what was likely an Exhibit 10 deal.

The Suns have waived veteran guard Chasson Randle, according to Duane Rankin of The Arizona Republic. The 28-year-old guard latched on with Phoenix during training camp. He’s previously had stints with Philadelphia, Washington, New York, Golden State and Orlando.

The Cavaliers have made a decision with regard to their two-way contracts, reaching deals with Tacko Fall and RJ Nembhard. Both players had been with the team through training camp.

The Pistons have waived three players: Derrick Walton, Cassius Stanley, and Jared Cunningham (via The Athletic).

The Wizards waived Jaime Echenique, Jordan Goodwin, and Devontae Shuler, as we previously passed along. Washington’s roster is set at 15 players.