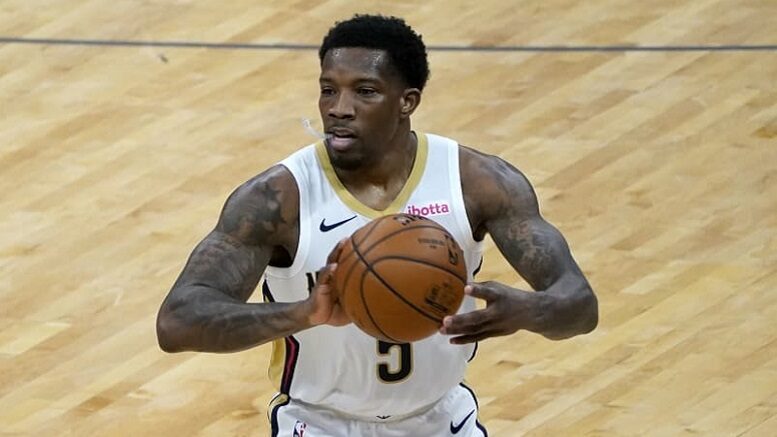 Pelicans point guard Eric Bledsoe makes a pass during a game against the Raptors.

Bledsoe, who was the No. 18 overall pick in the 2010 draft, began his career with the Clippers, playing with the franchise for three seasons before being dealt to the Suns back in 2013.

The Clippers’ gaining a trade exception is noteworthy, as the $8.3 million slot could be used to bring in another player who can contribute this season. The team will be without Kawhi Leonard for most if not all of the 2021-22 campaign as he recovers from a torn ACL and because he re-signed as a free agent rather than simply being under contract, the Clippers will not be eligible for a disabled player exception.

More Buzz From Around the NBA