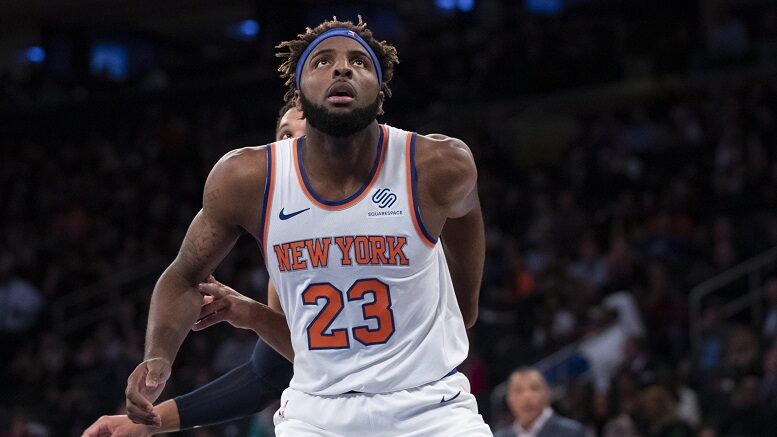 Knicks center Mitchell Robinson boxes out against the Pistons.

Knicks president Leon Rose is open to a contract extension for Mitchell Robinson “as long as it’s not crazy,” according to Marc Berman of the New York Post.

The Celtics recently agreed to a four-year, $54 million extension with Robert Williams, but the Knicks aren’t expected to go that high, as league insiders believe his current value is more in the four-year, $44 million range.

Whatever people think his market value currently is, Robinson has bigger goals to reach, as he tweeted: “Man let me lock in bro I definitely can either get DPOY or at least be in the conversation #personalgoal.”

Be the first to comment on "NBA Rumors: Robinson, Knicks, Fox, Richardson, Pacers"