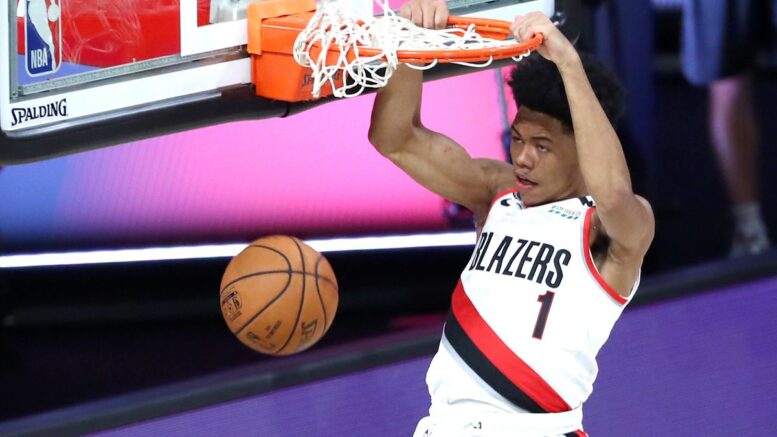 Chauncey Billups was named coach of the Trail Blazers over the summer, as they hope he not only helps them go deeper into the playoffs but also brings out the best of each and every player on the team.

“It’s been good, good feedback,” Simons said. “Tell me anything no matter what. Have no filter for me. And that’s the only way we’re going to get a better relationship and how we get better.”

Simons is off to the best start of his career, averaging 13.7 points per game on 51.5 percent shooting.

“I just think he’s so good, he’s so gifted,” Billups said. “The way that he can handle the ball, he can get to anywhere he wants on the floor, he’s a big-time shooter. So I’m always just trying to pump confidence into him.”

Simons has a chance to be a restricted free agent next offseason if Portland extends him a qualifying offer.

Be the first to comment on "NBA Buzz: Simons, Billups, Dinwiddie, Walker, Simmons"