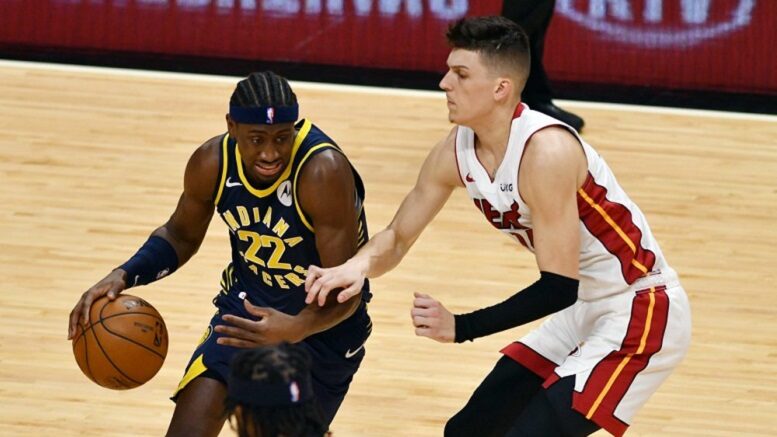 Let’s take a look at some key injury notes from around the NBA.

As far as when he’ll return to games, that appears a bit uncertain at the moment.

“I don’t know when he will play in games…hopefully soon,” Pacers head coach Rick Carlisle said.

LeVert, who’s been out with a stress fracture in his back, averaged 20.7 points, 4.9 assists and 4.0 rebounds in 35 games with Indiana last season after coming over in a four-team trade that ultimately landed James Harden with the Nets.

LeBron James has been downgraded from “probable” to “questionable” ahead of the Lakers’ Tuesday night game against the Spurs, according to Dave McMenamin of ESPN. Desmond Bane landed on James’s ankle in the first quarter of the Lakers’ Sunday night victory over the Grizzlies. James was able to finish that game, but the change in injury status is still a cause for concern.

Be the first to comment on "Injury Notes: LeVert, Pacers, LeBron, Embiid, Iguodala"