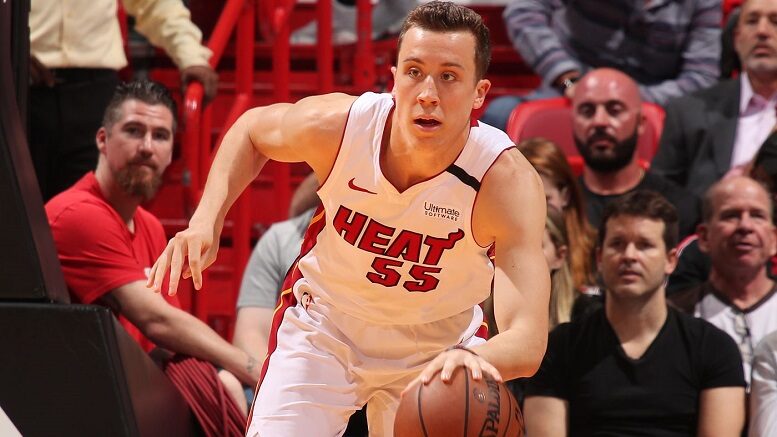 Heat small forward Duncan Robinson drives to the basket against the Celtics.

The Miami Heat have stayed hot to start off free agency, signing Kyle Lowry to a three-year deal worth $90 million via a sign-and-trade. Shortly after that move, the Heat awarded their franchise star Jimmy Butler with a four-year deal worth in excess of $184 million.

Next up: Duncan Robinson.

Duncan Robinson – host of the @TheLongshotPod – has agreed to a 5-year, $90M contract to stay with the Miami Heat, his agent Jason Glushon of @GlushonSM tells ESPN. The deal, largest ever for an undrafted player, also includes an ETO after the fourth year.

The sharpshooter is staying in Miami on a five-year, $90 million pact. Robinson’s new contract is the most for an undrafted player ever, as Adrian Wojnarowski of ESPN.com relays.

Miami has done a great job taking care of business thus far in free agency and improving their roster with the addition of Lowry.

Be the first to comment on "Miami, Duncan Robinson Agree to Record-Breaking Contract"