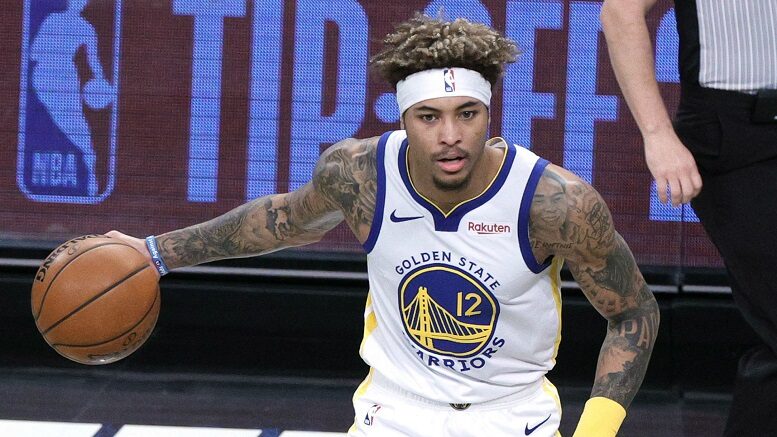 Warriors forward Kelly Oubre Jr. drives to the basket vs. the Timberwolves.

Kelly Oubre will be entering unrestricted free agency after just one season with the Warriors, as he seems pretty confident in what he brings to the table.

“First and foremost, I’m young — 25 years old, one of the youngest free agents,” Oubre said in a sitdown interview with Shams Charania of The Athletic. “I’m continuously growing and elevating my game each and every year. I’m nowhere close to [my] prime. I’m going to continue to get better and the sky’s beyond the limit. The universe is the limit for me at this point. I’ve proven that with limited opportunity I can make things happen. Always.”

With Klay Thompson set to return next season, the Warriors may not provide the best opportunity for him to take the next step in his career.

The Knicks have been one of several teams linked to Oubre, as they’re a team desperate for shooting and defensive help on the wings in order for them to establish themselves as a more serious playoff threat in the years to come.

Oubre can definitely benefit from the playmaking of Julius Randle, as Randle will continue to attract so much defensive attention out there on the court, particularly inside the paint.

Oubre’s energy would also fit in very well with the vibe of New York, as his capabilities to throw down a monster dunk or tenacity on the defensive end would have the thousands of spectators at Madison Square Garden on their feet cheering and chanting his name.

The Spurs and Heat are also interested in Oubre, as both teams can also bring out the best in the talented two-way forward, according to Marc Berman of the New York Post.