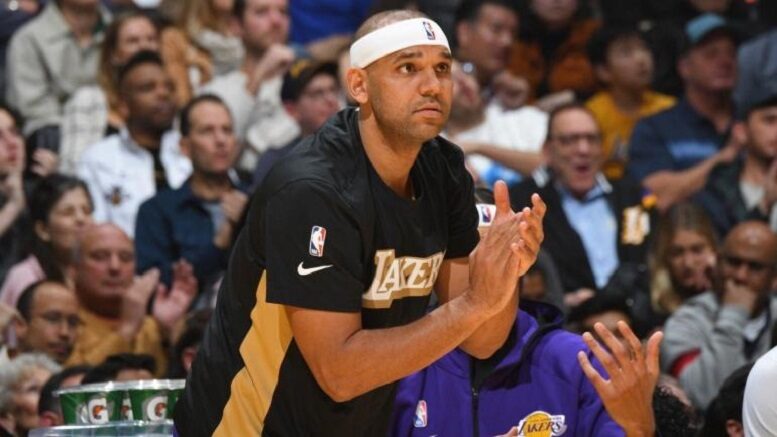 Lakers forward Jared Dudley cheers on teammates from the sideline.

Jared Dudley recently announced his retirement as an NBA player, as he accepted an assistant coaching role with the Mavericks shortly after on Jason Kidd‘s staff.

However, Dudley preferred to re-sign with the Lakers for at least one more go-around, he tells Bill Plaschke of the Los Angeles Times.

“I thought I was coming back to the Lakers,” Dudley said. “This is crazy.”

Dudley would have been willing to accept a non-guaranteed contract, but Los Angeles was seemingly prioritizing younger players for their open roster spots instead.

“I talked to (executives) Rob (Pelinka) and Kurt (Rambis), I thanked them, but I told them, ‘You’re valuing youth more than a locker room presence guy,’” Dudley said. “I said, ‘I respect you for doing that, but I think you’re wrong.’

To Dudley’s point, every championship-contending team has a couple of veterans who can help serve as a middleman to bring things together. It’s important for teams to have vets younger players can lean on, especially during critical moments during the season.

For what it’s worth, LeBron James, Russell Westbrook and Anthony Davis all wanted Dudley back, as LeBron fired off several tweets in response to Dudley accepting the job in Dallas.

“No one owed me anything, Rob and Kurt were honest and upfront, nothing but respect and gratitude to them and (team owner) Jeanie (Buss), I will be forever thankful for the opportunity they gave me,” Dudley said. “But I did want to come back. I did think I could help the team, especially having so many new players, but I understand they wanted to get younger.”