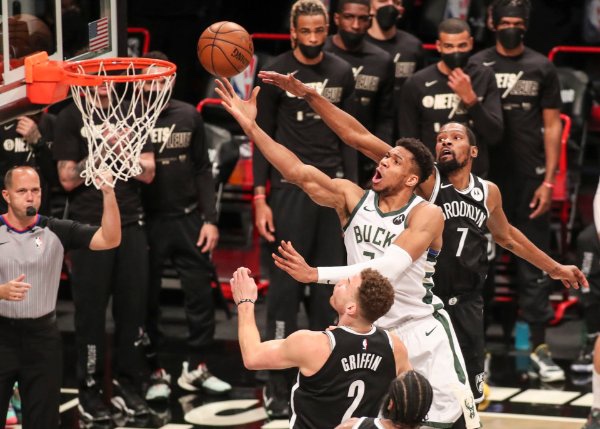 This series went back and forth, each team winning on their home court throughout the first six games of the series. The Bucks knew what they had to do in Game 7 since the Nets had home-court advantage.

To the surprise of many, the Bucks delivered. The Bucks defeated the Nets 115-111 in overtime, though they were blessed by the Basketball Gods in regulation. Kevin Durant hit a turnaround jumper for the Nets with his toes on the three-point line. If he gets his toes on the line we are talking about a different outcome here. Even Khris Middleton stated this.

“We got lucky his toe was on the line and they called it a 2,” Milwaukee’s Khris Middleton said. “But once he hits that shot, we’ve got to forget about it. There’s still ballgame left. That wasn’t the game.”

The Greek Freak showed up.

Other Bucks players stepped up to help them win game 7.