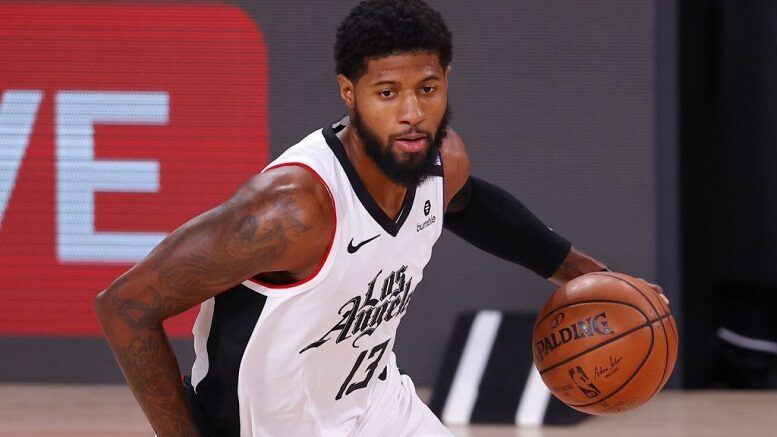 Clippers guard/forward Paul George drives to the basket vs. the Suns. - AP

The Phoenix Suns are in the conference finals by absolutely no one’s surprise (unless you are a Nuggets fan, then that semifinal sweep was fairly unexpected and ugly to watch).

On the contrary, the Clippers are coming into this matchup with an underdog mentality, and rightfully so. Despite being the No. 4 seed in the West, Los Angeles’ finest has had a very unusual path en route to their first conference finals in franchise history.

Interestingly enough the Clippers were down 0-2 against both the Mavs and the Jazz and still went on to win both series. However, the main difference heading into this matchup against the Suns is that the Clippers will likely be without Kawhi Leonard for the entire series. Previously Leonard appeared in all seven games against the Mavs and for the first four games against the Jazz, enough to tie the semifinals up at 2-2 prior to being ruled out.

Although Los Angeles took care of business without Leonard and is technically undefeated during his absence, the sample size is small (two games), which still leaves the burning question of how the Clippers will fare against the Suns. But just as important as Leonard is to the Clippers, Chris Paul is that for the Suns. The future hall of famer is reportedly still in the league’s health and safety protocol after being diagnosed with COVID-19. My best guess is that Paul should not miss more than two games (barring anything unforeseen).

Ultimately though when it comes down to involvement, it’s tough to say the kind of approach that someone like Leonard has as he will not travel with the team to Phoenix as he continues to rehab from what is believed to be a torn ACL. On the contrary, Paul has a decent shot at returning during some point in this series, but until then he’s very much involved in the Suns’ prep for the conference finals.

Not surprisingly, Chris Paul has been as active in the Suns prep for the Western Conference Finals as it's possible to be from quarantine – Jae Crowder let out a big laugh when I asked him how much he's heard from CP: "He's been blowing up my phone." 😎

This series is simply going to come down to a ‘next man up’ mentality, especially for the Clippers… yes I’m talking about Paul George. In order for Los Angeles to have a fighting chance, George needs to find a way to stay consistent from the field and be a true leader. Here’s a closer look at PG-13’s numbers in Leonard’s absence.

Los Angeles has learned to step up and found some real studs in Leonard’s absence. But will it be enough to outlast the No. 2 seeded Suns that could see Chris Paul return later down the stretch? The blunt answer to that is no.

The difference between Leonard and Paul being out for their respective teams is that Phoenix may not miss a beat as Los Angeles will be facing an uphill battle. For starters, Leonard is arguably the most important player on the Clippers roster and with him being out, it’s up to the rest of the roster to step up. Meanwhile, Phoenix can make do without Paul for a game or two as Devin Booker is going to be the top-scoring option with or without Paul on the floor. It may be fair to say that DeAndre Ayton may take a step back offensively without Paul on the floor as the pick & roll may not work as fluently and the way Paul can draw a double team with his mid-range jumpers is borderline irreplaceable.

However, we must remind ourselves that Booker is one of the most lethal scorers that the NBA has seen in recent history and he is beyond capable of going back and forth with Paul George or dare I say, Terence Mann…

Although the Clippers’ postseason run has been unconventional and entertaining to watch, the Suns have a cinderella story in the works and there’s an ending yet to happen. Expect Los Angeles to give a fighting chance but with the Suns ultimately coming out on top with the hope that Chris Paul returns somewhere down the stretch.

Be the first to comment on "Western Conference Finals Preview: Can Clippers stay hot without Kawhi Leonard?"