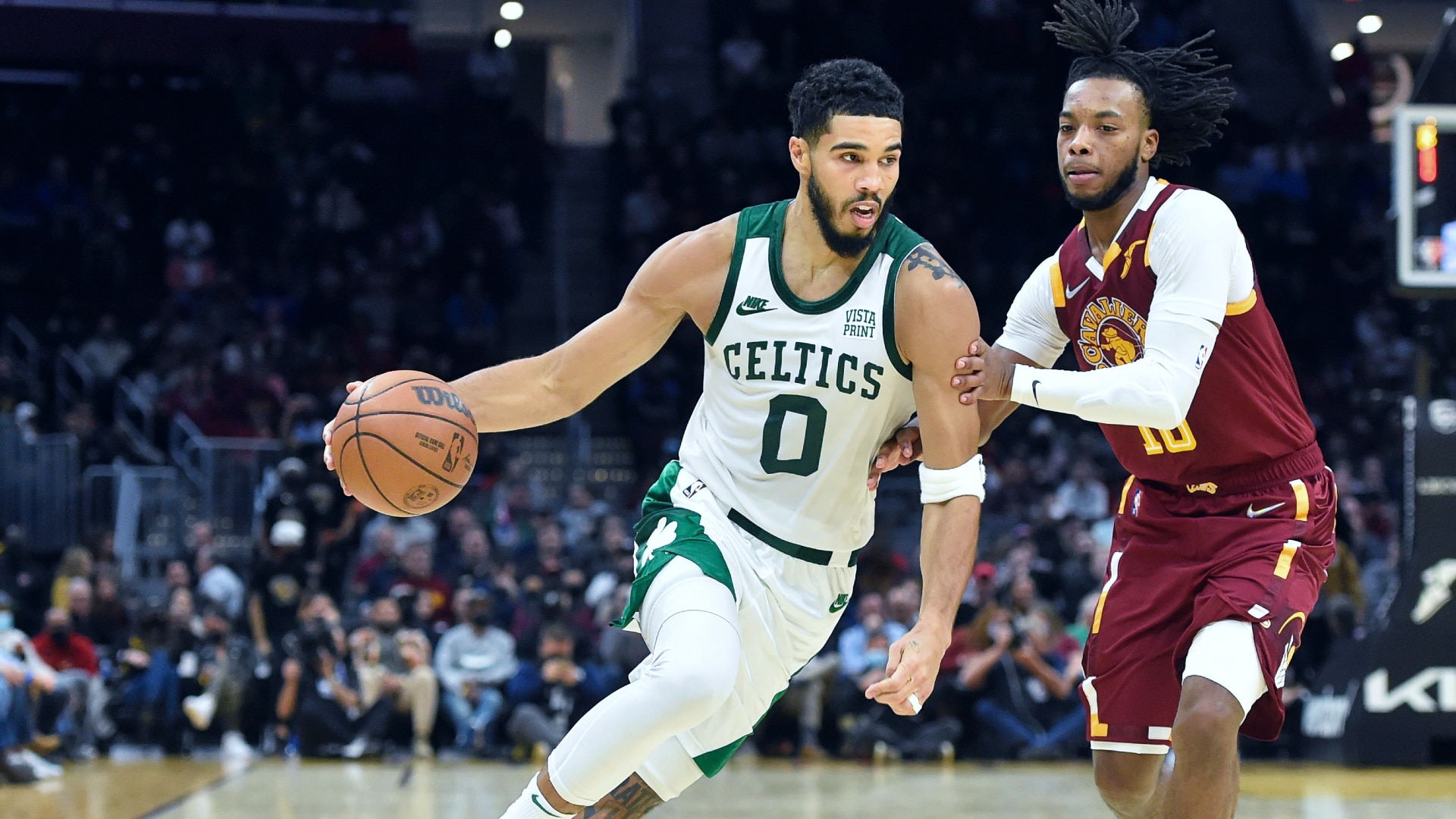 FortyEightMinutes is bringing you fantasy basketball rankings and content based on ESPN’s points league settings for the 2022-23 NBA season.

Let’s take a look at three situations to view different from the crowd, including Anthony Edwards‘ potential, Jayson Tatum‘s ceiling, and the Cavaliers’ team race for best fantasy hooper.

I’m much more bullish on Anthony Edwards‘ stock than many in the fantasy community. He’s No. 17 in my rankings while ESPN’s Andre Snelling has him at No. 29 and other top experts have him even lower than that. Yes, there are risks with the Timberwolves getting several new players who could slow down their pace (which lead the league last season). However, I see Edwards making the jump into true star territory this season and becoming a top-20 fantasy asset in re-draft leagues. I’m high on the Timberwolves, in general, this season; this is going to be a top regular season team in the Western Conference.

I have no issue if you take Jayson Tatum top-5, though there are reasons I have him at No. 10 and don’t see the Celtics’ ceiling right as highly as some of my fellow NBA writers. It all centers around Tatum. Is he a guy who constantly improves every offseason? Recent history might suggest yes, but a closer look tells a different story.

Tatum spent last offseason with Team USA and Kevin Durant, who is notoriously an offseason workhorse, and it led to a clear improvement. In 2019, Tatum competed with USA Basketball during the FIBA Basketball World Cup and proceeded to make his first All-Star appearance during the 2019-20 campaign. Yet, if you look at Tatum’s other summers, he’s largely come back as the same player.

I’m not suggesting that Tatum or any NBA player isn’t putting in offseason work; I’m illustrating that there are levels to it. Kobe Bryant used to talk about putting the extra hours in and how that can be a differentiator. Players like Durant have lived by that philosophy and you’ve seen him elevated from excellent prospect to All-Star to all-time great over the years. Even players like Bradley Beal, who is known in NBA circles for his hard work and dedicated offseason training, have improved year-over-year, maximizing their talent. That just hasn’t been the case with Tatum…unless he had a more organized offseason schedule. He came into the league as an ultra-talented star in the making and exceeding expectations but if he’s going to rise into the superstar ranks, then it’s likely we would have seen more consistent year-over-year improvement by now—and all that goes into the calculus of why I’m a little lower on the Celtics’ stars prospects this season.

There’s some uncertainty as to how the Cavaliers are going to play this season. Last year, they were one of the slowest-paced teams in the league under J.B. Bickerstaff. With Evan Mobley and Jarrett Allen back in the frontcourt, will the team again follow that blueprint? How will the addition of Donovan Mitchell factor into Darius Garland‘s production? Will Garland have a slight post-contract signing slump?

The point guard went No. 27 in ESPN’s latest H2H points mock draft and I just think that’s too high based on the situation. In fact, I have Mitchell ranked higher than Garland and while both will be nice pillars for season-long rosters, it’s hard to see Garland outperforming the ADP here. I see a much clear path for Mitchell or Mobley to elevate into the top 20, though it’s unlikely to be both.

FortyEightMinutes is bringing you fantasy basketball rankings and content based on ESPN's points league settings for the 2022-23 NBA season....

FortyEightMinutes is bringing you fantasy basketball rankings and content based on ESPN's points league settings for the 2022-23 NBA season....

Where Does Ben Simmons Rank In End-Of-Season Fantasy Basketball Rankings?

Ben Simmons appears to be fully healthy and while the production may not be leading the Nets to success in...

Let’s take a look at some trade candidates and some noteworthy trends in season-long ESPN points leagues as well as some DFS...