Team USA: Which players are expected to get minutes alongside Kevin Durant? 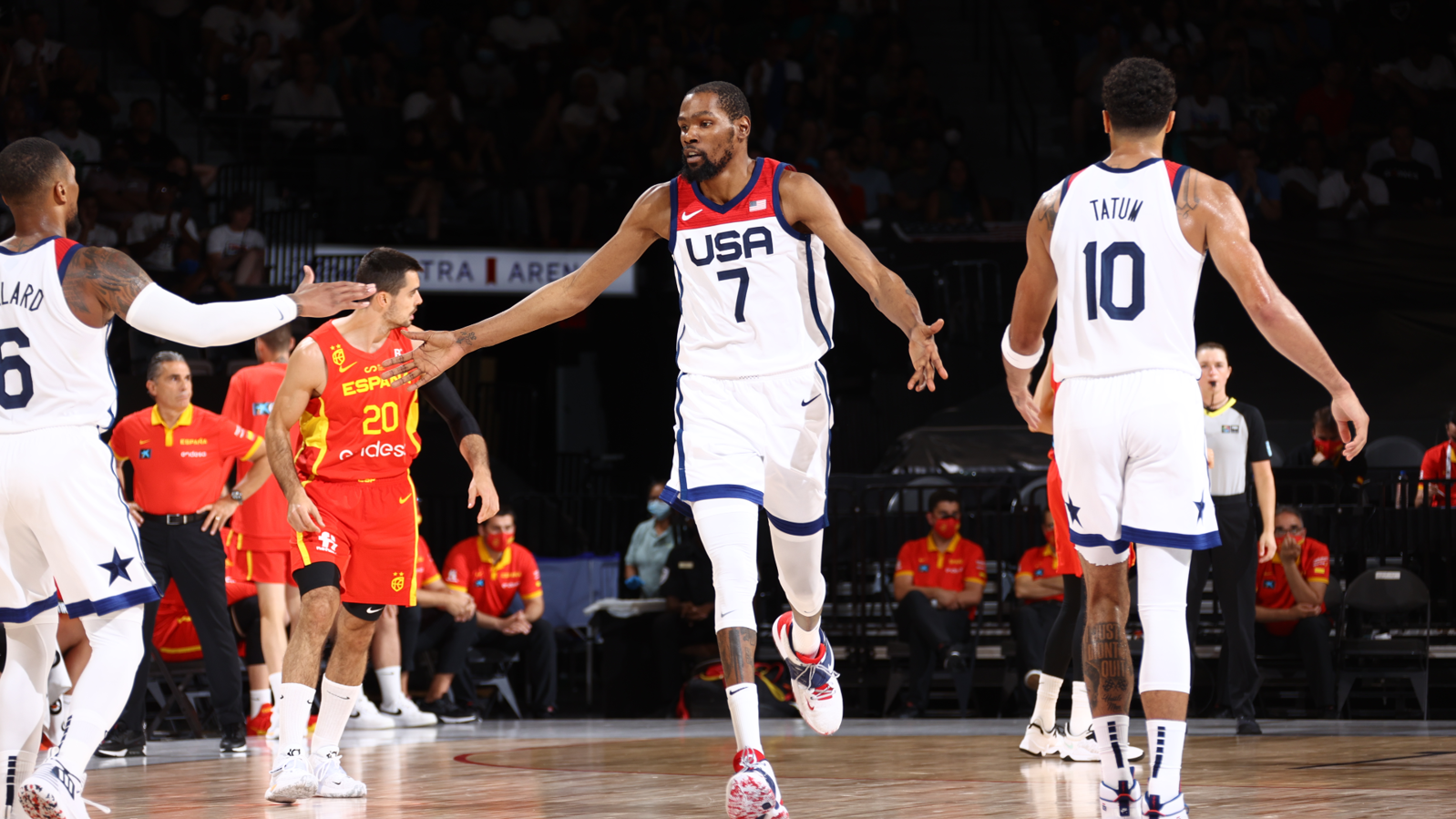 Team USA: Which players are expected to get minutes alongside Kevin Durant?

After two straight losses to start off the exhibition games, Team USA has righted the ship and won back-to-back games against Argentina and Spain, respectively.

Kevin Durant is not only clearly the best basketball player on this team, but arguably in the world at this given point in time.

Unfortunately for them, the stars and stripes don’t flash the same star power they’ve been fortunate to carry into the Olympics in recent years, but there’s still plenty of talent to go around where Team USA should still be the clear-cut favorites to take home the gold next month in Tokyo.

Here are some players in particular that are expected to get minutes alongside Durant:

It’s very clear that Damian Lillard will be the starting point guard for Team USA heading into these Olympics. He is easily in the conversation for the best point guard in the game today.

Lillard and Durant will essentially play off one another and run pick-and-roll sets that’ll free up either player to shoot, or one of them can easily be found open behind the arc where they can do some serious damage.

Don’t forget that Devin Booker is still on Team USA’s roster. He just hasn’t been able to join the team in Las Vegas since he and the Suns are still competing in the NBA Finals.

Zach LaVine has been starting in his place, but Booker would almost certainly replace him in the starting lineup once he’s able to report to the team.

Having Booker’s craftiness and playmaking skills will easily open up the offense even more for Durant and Lillard to put up high scoring numbers for Team USA, as both guys have proven that they can be serious threats off the ball.

We should expect to see a rotation with LaVine and Jrue Holiday being the first players to come off the bench to fill in at both guard positions.

Gregg Popovich could look to stagger Jayson Tatum and KD’s minutes so that at least one of them is on the floor at all times given that both players play both forward positions, but make no mistake, these two elite scorers are still going to see plenty of run together out there on the floor.

Tatum has obviously proven that he’s a multidimensional scorer that can shoot, post up smaller defenders and drive to the rim, but having Durant opposite him is going to attract so much gravity the other way, so that gives Tatum even more of an opportunity to really score the rock.

Once Khris Middleton can join the team, expect him to be the primary guy off the bench to fill in for both Durant and Tatum.

There should still be plenty of leftover chemistry between Durant and Draymond Green dating back to their days on the Warriors, and that much has been apparent so far in the Olympics.

Green has drawn starts at the center position so far with Team USA going for a small ball look, but we’ve seen plenty of sets where Green just sets the screen for Durant which allows Durant to probe and eventually just use his outstretched arms to shoot over the defender or take it hard to the rim.

Green also provides the best option whenever they decide to switch defenders on the screen and roll action, as Green has the rare ability to guard positions 1-5.

Both players know each others’ tendencies too well for Pop not to play them both together, but we should also expect to see Bam Adebayo get a significant amount of action at the five.

Kevin Durant had wanted a trade from Brooklyn over the summer, though he explained that he and the Nets "hashed"...