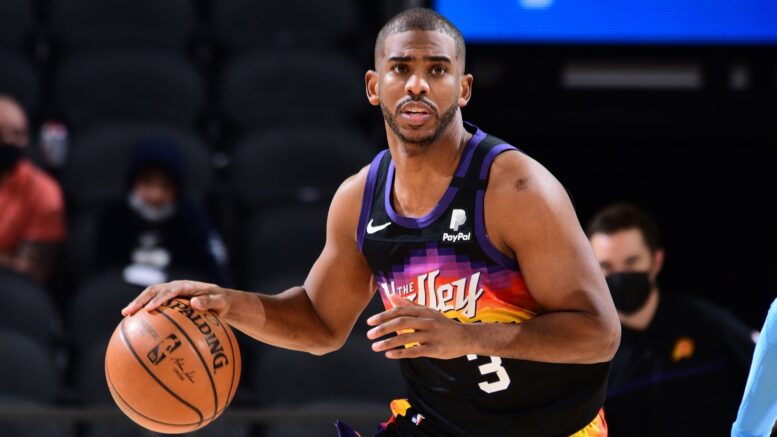 The Lakers are looking for an upgrade at the point guard position in hopes to maximize the title window afforded to them while they still have LeBron James and Anthony Davis on their roster.

Two players the Lakers are interested in adding are Russell Westbrook and Chris Paul, according to Marc J. Spears of The Undefeated.

Westbrook, a Los Angeles native, could head back home with Dennis Schroder, Kyle Kuzma and Talen Horton-Tucker heading to the Wizards, per Spears.

While adding Westbrook could make the Lakers a more attractive roster on paper, he may not have the shooting or off-the-ball scoring abilities to complement James very well.

Plus, Westbrook had a terrific run down the stretch with the Wizards, as they ultimately punched a ticket to the playoffs after being a season-high 15 games under .500 in early April. He and Bradley Beal may have a desire to run things back.

The Lakers would likely need to pull off a sign-and-trade to acquire Paul, but the logistics of that could prove complicated, if not unrealistic.

Paul and the Suns came up short to the Bucks in this year’s NBA Finals, but from the sound of some of his Game 6 postgame comments, he doesn’t seem intent on leaving Phoenix any time soon.

“Everybody in that locker room knows we had enough, but it wasn’t enough,” Paul said. “So, we got to figure it out. I think for me, I just look at myself and figure out how can I get better, what I could have done more, and make sure I come back next season ready to do it again.”

Sources around the league seem to back the notion that CP3 will remain in the desert, according to Kurt Helin of NBC Sports.

If you’re a Lakers fan, don’t expect to see either Westbrook or Paul end up in L.A., but they will almost certainly look for other avenues to improve their roster in order to get back to the Finals next season.

Be the first to comment on "Chris Paul, Russell Westbrook linked to Lakers"