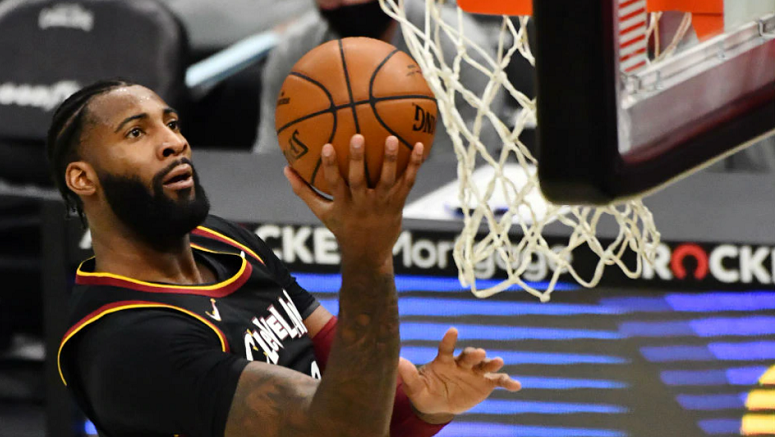 The Chicago Bulls are among the teams that have expressed an interest in trading for Cleveland Cavaliers center Andre Drummond, according to Shams Charania of The Athletic.

Drummond has been sitting as the Cavs seek a trade, but as Charnia reported, there remains skepticism around the league that the Cavs will be able to find a deal.

Drummond, 27, is due $28.7 million this season and his contract expires once it ends. So a buyout may be the only feasible option.

Cavs general manager Koby Altman has already spoken to several teams on Drummond, but nothing seems close at the moment. Those trade talks are expected to be pick up over the All-Star break — and word is, the Cavs are also open to trading small forwards Cedi Osman and Taurean Prince, as well as center JaVale McGee, who also owns an expiring contract.

As for Drummond, there is no shortage of interest. He has been linked to the New York Knicks, Toronto Raptors, Brooklyn Nets, Boston Celtics, Portland Trail Blazers and Los Angeles Clippers. And now the Bulls.

According to one league source, the Knicks are the “frontrunner” for Drummond.

The Los Angeles Lakers and Dallas Mavericks are also said to be monitoring the Drummond situation, but sources have told FortyEightMinutes that both clubs would only have an interest in the event of a buyout. In other words, neither wants to put together a trade for Drummond at the moment.

From the Bulls end, Drummond would make sense as a veteran stop-gap as young center Wendell Carter Jr. continues to develop.

Celtics have Pistons’ Jerami Grant near top of trade radar

Celtics have Pistons' Jerami Grant near top of trade radar