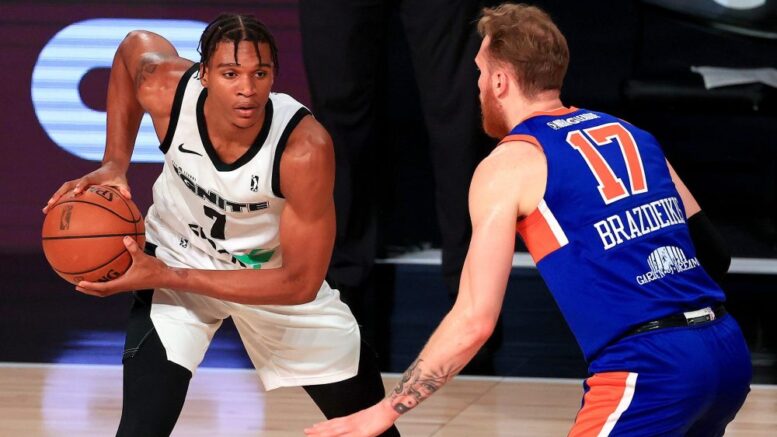 Isaiah Todd has impressed since joining his Wizards and Bradley Beal is among those who are taking notice.

“He’s willing to learn and he works his tail off…he has a bright career in front of him, for sure,” Beal told the local media at the team’s open practice at Morgan State University.

The Baltimore-native was drafted by the team with the No. 31 overall pick (which was acquired as part of the five-team Russell Westbrook deal from the Pacers).

Todd may struggle to carve out a rotation spot this season on this season, though

Wizards forward Davis Bertans is not on the injury report ahead of the team’s preseason matchup with the Raptors.

Bertans injured his calf in Washington’s second preseason game, though the veteran apparently isn’t having any lingering issues from the ailment.

Rui Hachimura (personal), Cassius Winston (hamstring), and Thomas Bryant (ACL) will all be unavailable for Washington on Tuesday in Toronto.