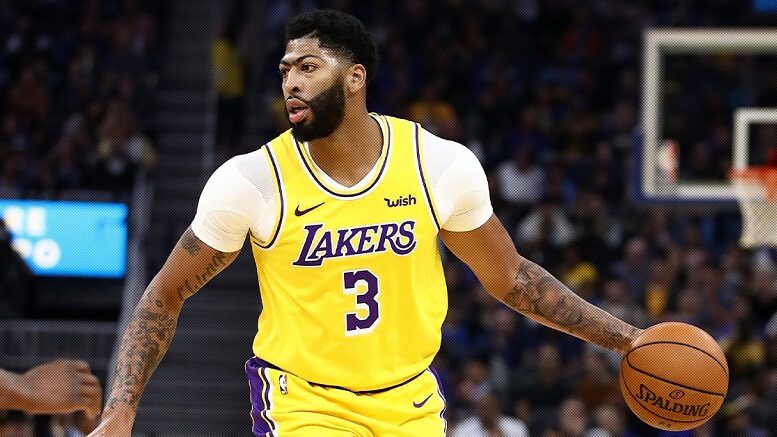 Lakers power forward Anthony Davis looks to drive to the basket vs. the Suns.

Anthony Davis won’t play on Thursday night due to a quad contusion, . The Lakers are on the second night of a back-to-back, taking on the Pistons in Detroit after losing to the Sixers in Philadelphia.

In two games without Davis on the floor this year, Marc Gasol is seeing a boost in his stats to 9.0 points, 5.5 rebounds, 4.0 assists, and 4.0 blocks per game.

Other NBA players are also sitting out on Thursday, here’s the latest from the injury report:

Be the first to comment on "Anthony Davis, Devin Booker among NBA stars out on Thursday"