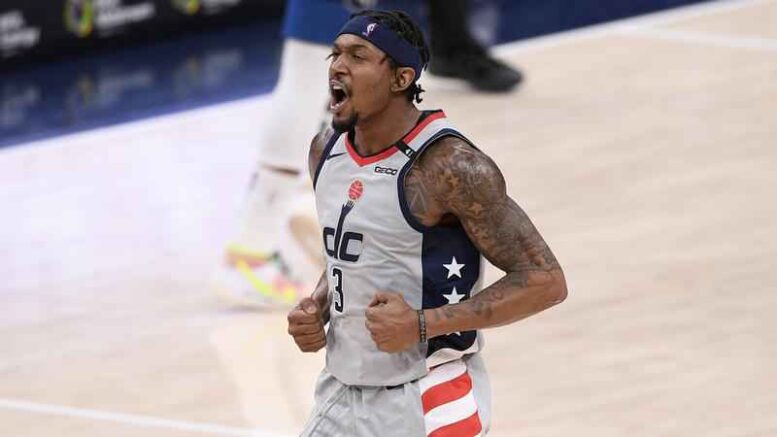 Bradley Beal has seemingly improved every year since coming into the league and it’s a result of his offseason work. The shooting guard intensely focuses on aspects of his game, leading to noticeable results when the season rolls around.

This offseason, it appears that Beal is focusing on adding the long three-pointer to his game. Beal told Chase Hughes of NBC Sports that he would like to be more effective shooting long threes in order to put more pressure on defenders when he crosses half-court.

“You know I need to shoot more threes. You probably say it all the time. And, obviously, make them. I have to make them.”

Shooting from behind the arc isn’t Beal’s main method of scoring. He finished second in the league in scoring (31.3 points per game) dispute making a career-low 34.9% of his 6.2 three-point attempts per game.

As Hughes notes, Beal’s drop coincides with him taking more triples off the dribble and the guard is simply better when in catch-and-shoot situations—as many NBA players are. Another factor is floor spacing and the defense being able to key in on Beal. With players such as Kentavious Caldwell-Pope, Kyle Kuzma, and Corey Kispert in the fold, defenses should have to play Beal a bit differently this upcoming year.

Expanding his range isn’t the only area of his game Beal is working on.

Be the first to comment on "Wizards: Bradley Beal Reveals Summer Goals"