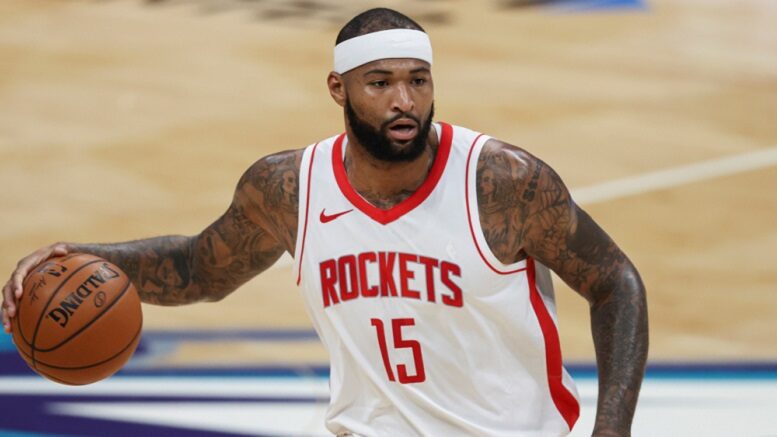 Rockets center DeMarcus Cousins brings up the ball vs. the Hornets. - AP

The Spurs rarely make in-season trades, though we’ve been hearing more and more chatter about them having interest in various players from around the league leading up to the deadline. It was recently reported that they had eyes for Nikola Vucevic and if Orlando looks to make a deal with San Antonio, they’d have plenty of options.

Vucevic would be a terrific fit next to DeMar DeRozan (though it’s worth noting that teams are calling the Spurs about the former USC star). LaMarcus Aldridge will be a free agent at season’s end and Gregg Popovich’s club has no premier option in the post.

The Magic are expected to fetch a massive haul for Vucevic should they accept a trade. Perhaps Jakob Poeltl, Dejounte Murray and a handful of picks would entice Orlando. Still, the Magic trading Vucevic before the deadline seems unlikely.