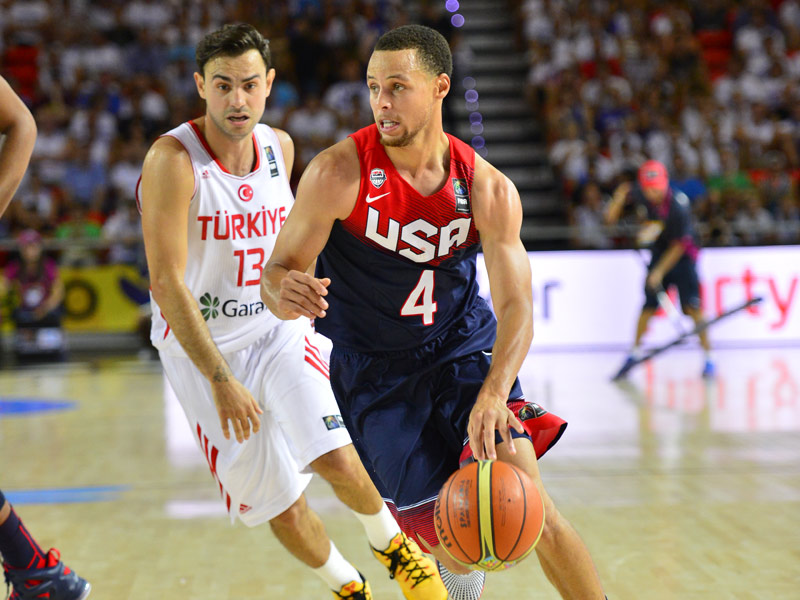 Stephen Curry has a long history with USA Basketball that includes two World Cup titles (2010, 2014), though the 34-year-old doesn’t yet have an Olympic Gold Medal to his name.

Curry recently spoke with longtime NBA reporter Marc Stein (via Substack) about a range of topics, including whether he intends to play for Team USA in the 2024 Olympics.

“I’m more than excited about the opportunity to do it,” Curry told Stein. “Knowing that Coach Kerr is taking the lead and … I played on those two world championship teams and everybody who’s ever experienced both is never shy to mention how much different the Olympics is.

“They all say it’s not even close in terms of the vibe and the atmosphere and the buildup and the adrenaline and all that. I don’t know what the chances are, because you don’t know what’s going to happen, but I would love to have that experience at some point for sure.”

Curry has long wanted to play for Team USA again. Back in 2019, Curry declared his intent to play in the 2020 Tokyo Olympics, as I wrote for SLAM Magazine Online at the time. The Olympics were delayed a year because of the COVID pandemic and Curry was forced to decline for rest and recovery reasons.

The two-time MVP will be 36 years old when the 2024 Olympics begin in Paris, meaning it could be the star’s last chance to play in the games.

Andre Iguodala will make his season debut against the Magic on Saturday night. Iguodala inked a one-year deal with the...

Steph Curry is reportedly making good progress as he recovers from a left shoulder injury. The Warriors announced that the...

Let's take a look at some trade candidates in season-long ESPN points leagues as well as some DFS insight for...

The Golden State Warriors received their championship rings before their opening night matchup against the Lakers. Usually, with the emotions...

Victor Wembanyama looks like a generational prospect and it's no surprise that teams are making plans around the just the...