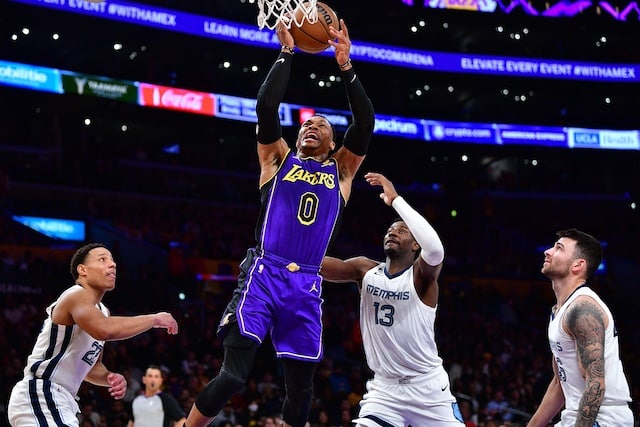 The Los Angeles Lakers were involved in an absolute thriller against the Memphis Grizzles. The Lakers defeated the Grizzles 122-121 after Dennis Schroder’s three-point play to win the game. Lakers’ Head Coach Darvin Ham spoke on his team’s resolve and being able to get the comeback win.

“To get a win like this is a momentum swing,” Ham said. “The guys were kind of down after the Sacramento game, but we addressed areas that we needed to get better. There’s no way we win this game if we didn’t have the type of fight that we had.”

LeBron James also played a good game alongside Westbrook. James scored 23 points on 8-for-21 shooting from the field. James hit 1-for-5 from the three-point line. James also grabbed nine rebounds and dished out six assists. James spoke on his team’s play postgame.

“We were resilient the whole game,” James said. “We stuck with the game plan. We’ve given ourselves a chance to win games.”

The Lakers travel to Portland to face the Portland Trail Blazers on Sunday, 1/22. Tip-off from Portland is at 9 pm Eastern/ 6 pm Pacific.