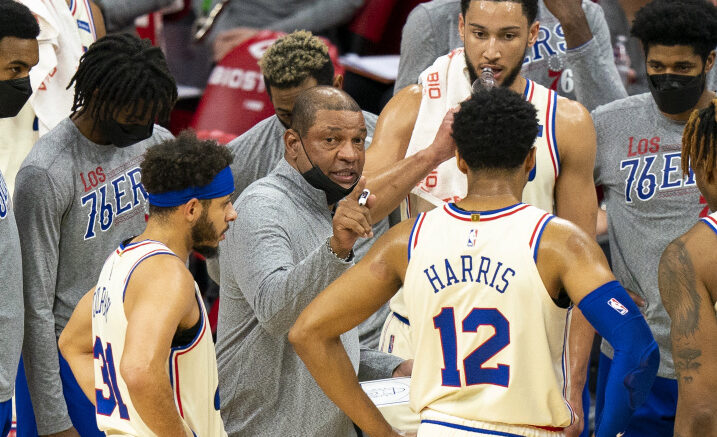 The Sixers took a 123-107 loss to the Raptors in their first preseason game, but it is worth noting that Joel Embiid and Tobias Harris didn’t play, in addition to, of course, Ben Simmons.

Still, Doc Rivers had some concerns about his team’s performance, which includes them having a lack of energy.

Philadelphia was also outrebounded by 17 rebounds, which is glaring considering they still had Andre Drummond out there, who, to his credit, finished with 14 boards.

“I still look at our roster, though I do worry about our size,” Rivers said. “Joel goes out of a game, Tobias not [out there] and we don’t have a lot after that, we get small quick. One thing I thought stood out was their length. Even at the guards, all their players are long and athletic, and I thought we had a lot of short guys on the floor. There were times when our guards are inside on rebounds and they still got them because of their length and size so that’s a concern.”

Adding Embiid back into the mix should help their rebounding problems, but if the Sixers want to contend, they’re going to need to show more energy on a nightly basis.

Be the first to comment on "Sixers Rumors: Rivers, Concerns, Simmons, LeVert, Trades"