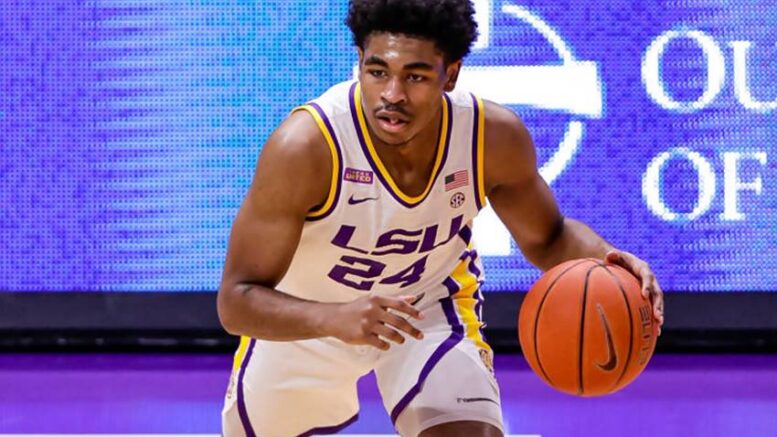 The Wizards will work out LSU’s Cameron Thomas on Tuesday, as the shooting guard reveals to FortyEightMinutes during his pre-draft session with the media. Washington holds the No. 15 overall pick in the upcoming draft.

Thomas, who is projected to go in the first round of the draft, hasn’t yet met with Washington at all during the pre-draft process. The 19-year-old indicated that he is excited to meet with the team’s front office and coaching staff.

Known as a score-first guard, Thomas led the SEC in points per game (23.0) and attempted field goals (203) during his lone season at LSU. The Virginia-native says he played a certain way while at the university because that’s what they needed him to do.

“I feel like nobody really knows the real me as a player,” Thomas told FortyEightMinutes and other media while adding that he would adapt if put in a different situation.

Thomas said he has spoken to Rajon Rondo among other players about what life is like in the NBA as he prepares to take his game to the next level.