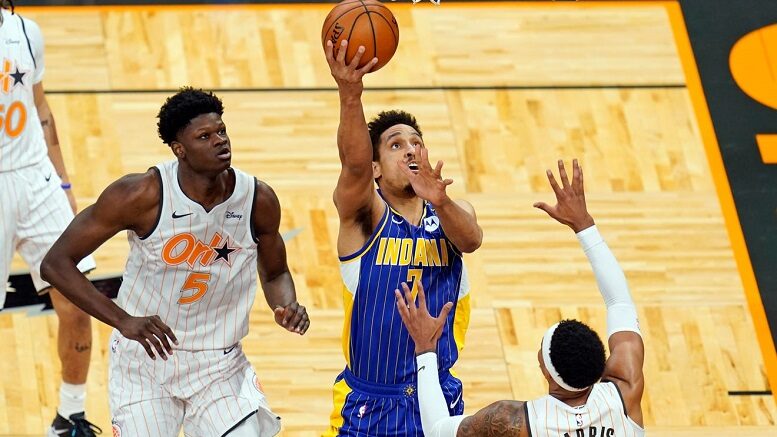 Coach Nate Bjorkgren and the Pacers know there is still work to be done, even after having won three in a row.

The Pacers (29-31) are ninth in the Eastern Conference, trying to survive despite a recent rash of injuries, including those two starting power forward Domantas Sabonis and center Myles Turner.

“Everyone’s aware of the standings and that there are so many teams bunched up together,” Bjorkgren told reporters after Sunday’s road win over Orlando. “Every game is important and the opponent doesn’t matter who you play because every team is good. … Our guys just want to continue playing the way that we are — moving the ball and fighting like crazy on the defensive end.”

Malcolm Brogdon has been a major reason for the Pacers’ recent success. Same goes for fellow guard Caris LeVert. Others have picked it up as well. That list includes everyone from JaKarr Sampson to Doug McDermott to T.J. McConell to to Edmond Summer to Justin Holiday and even newcomer Oshae Brissett.

“We were swinging the ball around,” Sampson said of the Pacers’ latest win. “We were playing with energy, playing great defense and running out. Just out there having fun.”

That, more than anything, has been the reason the Pacers have been able to stay in the thick of the playoff race despite the injuries to two of their biggest guns.

They are moving the ball, having fun.

And the result has been a season that continues to have life and be one that’s worth following.

Be the first to comment on "Pacers coach Nate Bjorkren: ‘Everyone’s aware of the standings’"