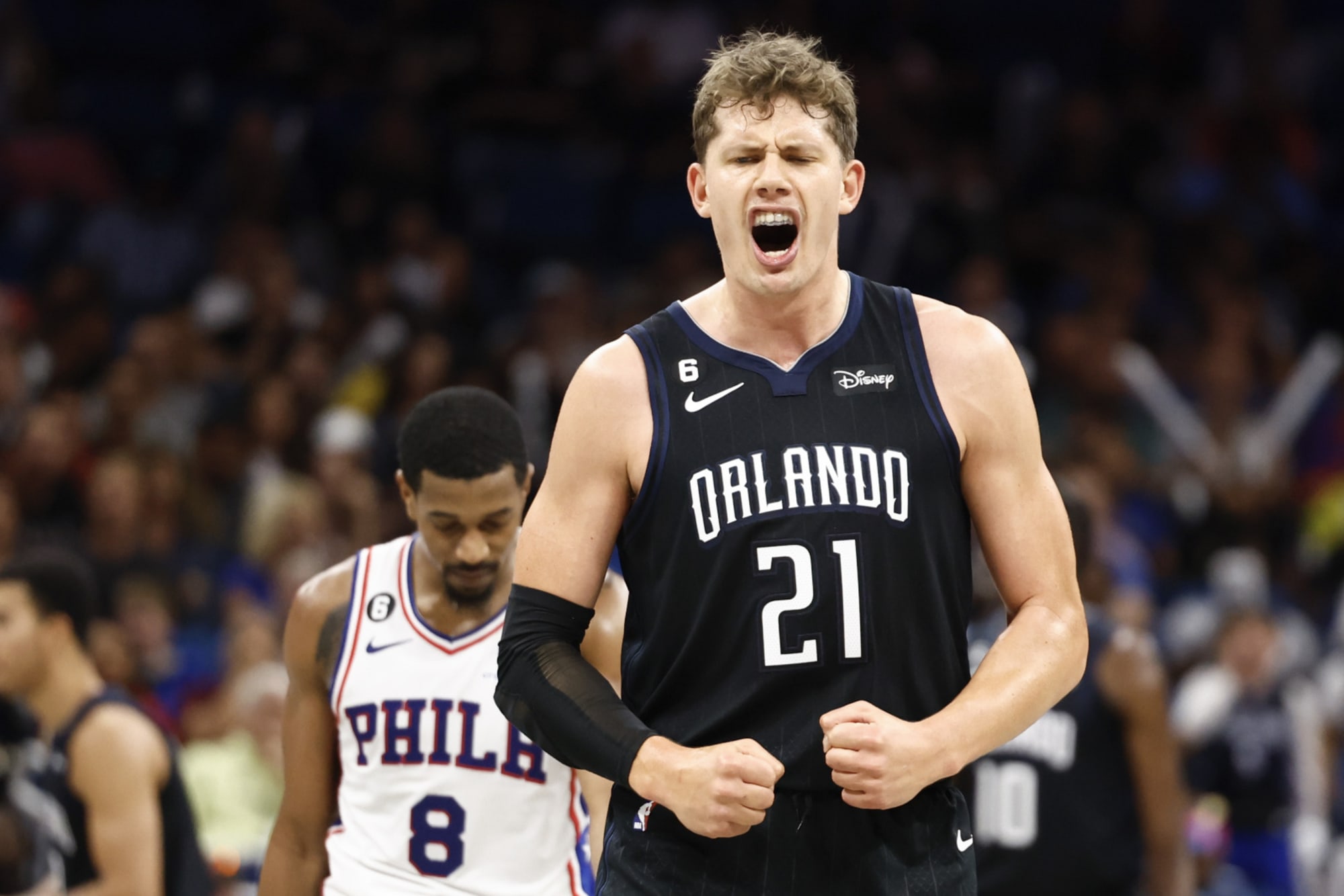 Former University of Michigan standout Moritz Wagner has played for four different NBA franchises since being drafted by the Lakers (No. 25 overall pick in 2018) and he’s seen what NBA life is like being part of so-called rebuilding squads as well as playing alongside top stars like LeBron James and Bradley Beal.

Wagner, who is in his second season with Orlando, sat down for a 30-plus-minute chat with Dante Marchitelli of Bally Sports and George Galante of the Magic on the team’s audio network to discuss a multitude of topics, including what it’s like to play in the Association and what he sees from this young Magic team.

The whole podcast is worth a listen but allow us to bring you some of the highlights:

On how surreal it is to play in the NBA:

The craziest thing is that people just walk around casually that you’ve seen on TV when you were growing up and they’re kind of these heroes, these players in a faraway world and now they (Vince Carter in this scenario) sit on your broadcast and rate your dunks. So that’s pretty surreal.

On playing alongside LeBron James and being starstruck at times:

I was teammates with LeBron James; It started pretty early to kind of see the magnitude, even on the road, to see how many people were fascinated by one personality. It’s pretty amazing to watch.

In D.C. with Bradley Beal and John Wall, like those guys, I watched playoff series with those guys growing up. Dirk, obviously, who I have a relationship with…Vince Carter is a great example.

Another great example is sometimes you get to talk to people like Doris Burke who you’ve been listening and watching for years…they make you star-struck too. Not just the players, sometimes it’s the people around.

When he felt like the Magic turned the corner this season:

I remember coach Mosley had a practice right after that Milwaukee game (12/5/22) where he said “don’t mistake being close to actually getting wins.”

Those are two different things and there’s a missing piece that you have to come up with…that’s got to come out of yourself. That you want to win and need to do the right things at the right time in order to win…you have to find that belief within yourself.

Your coach is going to provide you with all the resources; you just have to do it as a team.

On this young Magic team bouncing back from losses this season:

I think that’s a confidence that we’ve gained now when you talk about a team that wants to go somewhere. That’s something I’m very proud of with this team even if we lose…we find a way to answer.

On being able to hit the beach while playing in Orlando:

It’s a luxury…it’s not even an hour car drive to go out there and put sand between your toes.

Wagner also discusses the differences in playing alongside Markelle Fultz vs. Cole Anthony as well as touches on some details of his relationship with his brother, Franz Wagner, among other topics on the latest podcast from the Orlando Magic Audio Network.

Tune in to hear @moritz_weasley insight on an increase in team confidence, playing alongside brother Franz and No. 1 pick Paolo Banchero, and more!🔽https://t.co/kV8YEgE8yd pic.twitter.com/9AGvgOU2Rb

The Orlando Magic earned their 17th victory against the New Orleans Pelicans. The Magic defeated the Pelicans, 123-110, and now...