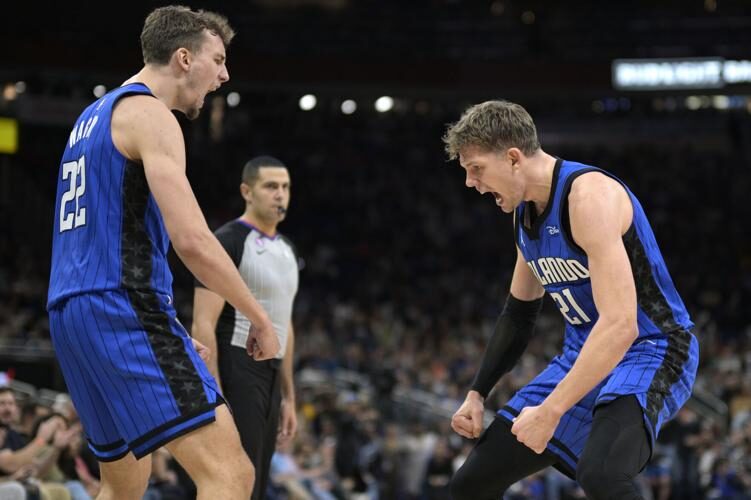 The Orlando Magic earned their 17th victory against the New Orleans Pelicans. The Magic defeated the Pelicans, 123-110, and now improve to 17-28 overall on the season. The Magic put some big numbers on the board. Magic Head Coach Jamahl Mosely spoke postgame about what it took for the Magic to win.

“Obviously we scored at a high clip, but I think it was our defense that allowed that to happen,” Magic coach Jamahl Mosley said.

Franz Wagner is having an excellent season. He continued his high level of play against the Pelicans. Wagner scored 30 points on 10-for-16 shooting from the field. Wagner knocked down 5-for-7 from the three-point line. He knocked down 5-for-5 from the free-throw line. Wagner also grabbed six rebounds and dished out nine assists.

Cole Anthony had a big game off of the bench for the Magic. Anthony scored 22 points on 6-for-9 shooting from the field. Anthony knocked down 2-for-4 from the three-point line. Anthony hit 8-for-8 from the free-throw line. He also grabbed three rebounds and dished out four assists. Anthony spoke on the Magic’s strong fourth quarter showing that sealed the win postgame.

“In that fourth quarter, as a unit, I thought we really locked in,” said Anthony, who played 26 minutes. “I thought we were pretty good with our rotations, and we did a good job of making them take tough shots.”