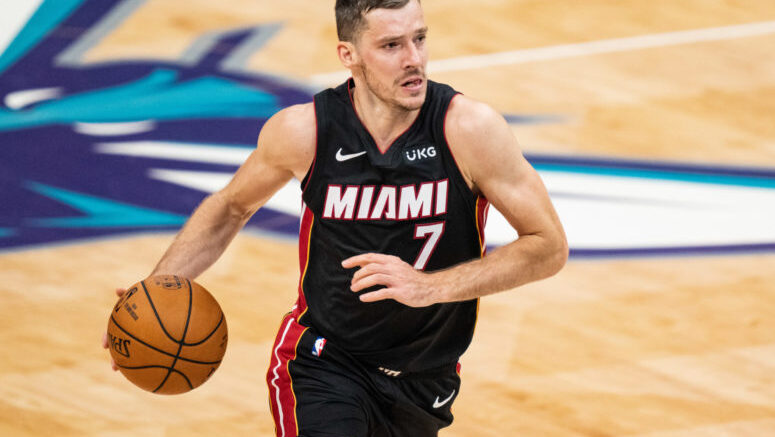 A video recently surfaced on Twitter of Goran Dragic, who was recently dealt to the Raptors as part of the deal that brought Kyle Lowry to the Heat, speaking to reporters in his home country of Slovenia with the English caption, “Toronto is not my preferred destination. I have higher ambitions.”

Dragic didn’t pretend to be misquoted after making that comment, rather, he felt that context was missing, Michael Grange of Sportsnet.ca writes.

“I was in the centre of the city and the journalists were there and I was asked about Toronto and it was basically taken out of context,” Dragic said. “I told them that I had spent seven years in Miami and that would be the preferred destination for me because my family is there and everything, not Toronto.”

Raptors fans were rightfully upset to hear those initial comments from Dragic, who also said was hurt to be on the receiving end of some of the messages sent from fans, but he issued an apology.

“My message basically, to all Toronto fans, is I would like to apologize,” Dragic said. “It didn’t come out the right way. I know they love their team, and they should be proud, it is one of the best organizations in the NBA. They’ve already won a championship and I didn’t, so what I said, it really was not appropriate.”

If the Raptors eventually choose to move on from Dragic, it’s widely believed that Dragic would like to join the Mavericks and reunite with fellow countryman Luka Doncic.

Be the first to comment on "NBA Rumors: Dragic, Siakam, Lillard, Markkanen"